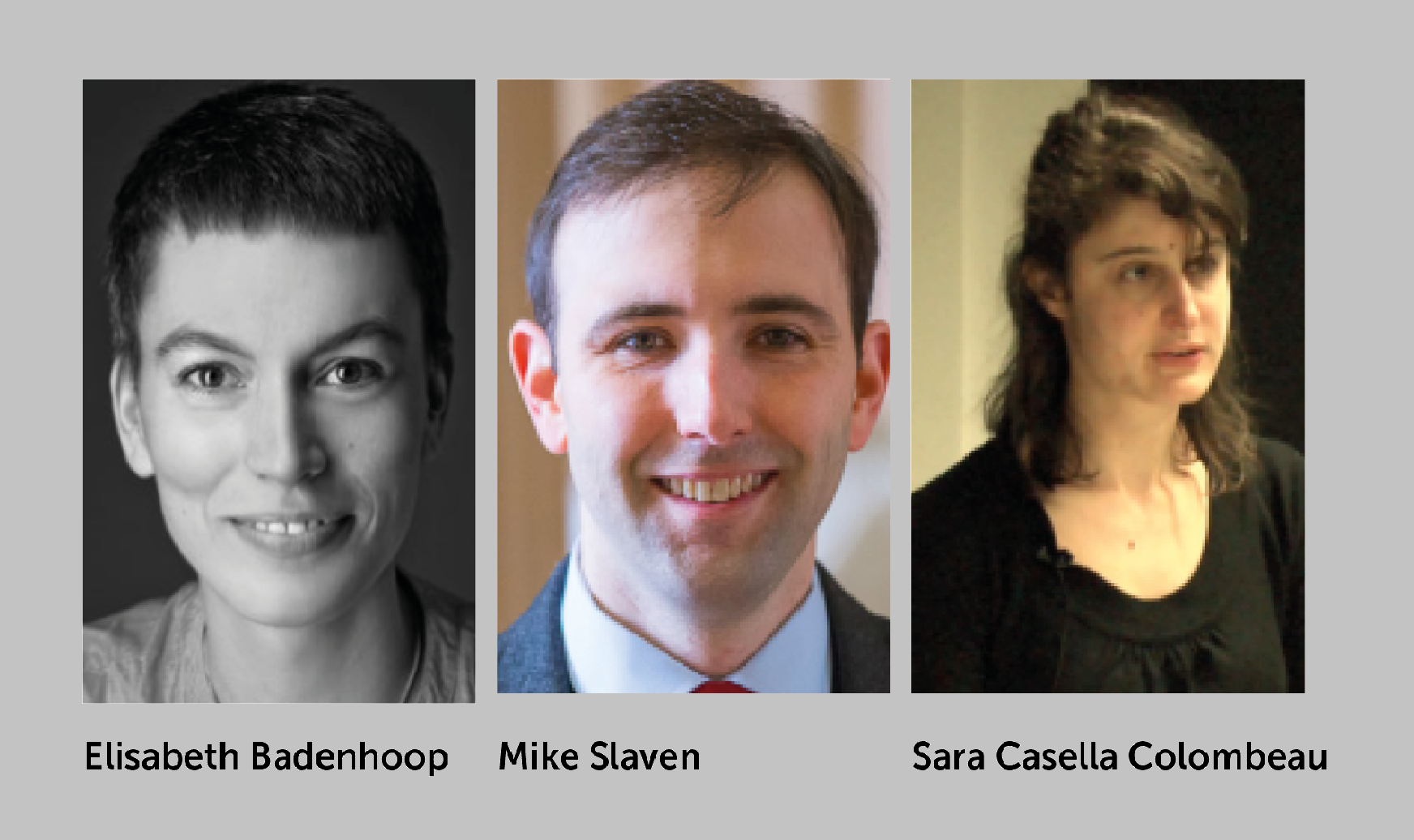 Congratulations to MPI MMG researcher Elisabeth Badenhoop and her co-authors Mike Slaven (University of Lincoln, UK) and Sara Casella Colombeau (EHESS/CNRS, French Collaborative Institute on Migration, France) for receiving the 2019 Council for European Studies (CES) Immigration Research Network (IRN) Best Paper Award for their paper “What Drives the Immigration-Welfare Policy Link? Comparing Germany, France and the United Kingdom”. The prize comes with a 500 Euro award, which is sponsored by CMS (The Journal of Comparative Migration Studies).

Comparative Migration Studies, under Peter Scholten, is generously supporting the IRN by sponsoring the annual IRN Best Paper Award. This sponsorship began in 2017 and entails a 500 euro prize, as well as the opportunity to have an expedited review process if the article is submitted to CMS.

In 2017, the prize was awarded to Marc Helbling (University of Bamberg) and Richard Traunmueller

(Goethe-University, Frankfurt) for their paper entitled, "What Is Islamophobia? Disentangling Citizens' Feelings Towards Ethnicity, Religion and Religiosity Using A Survey Experiment."

*The Immigration Research Network aims to draw together scholars and graduate students from a variety of countries and disciplines to foster research around themes of migration, immigrant integration, majority-minority relations, pluralism and multiculturalism, discrimination, equality, and the political, social, and individual responses to migration. While most of its activities center around European countries or Europe as a region, given the nature of its core themes the IRG also encourages research that situates Europe in an international, trans-Atlantic, or transnational context.

The principal goals of the Immigration Research Group include: building networks of scholars to encourage conference panels and small-scale collaborative work that enhance participants’ understanding of a particular theme; sponsoring workshops on topics of interest to members that lead to joint publications; mentoring graduate students by connecting them to scholars in their substantive area who are not at their home research institutions; and encouraging mutually beneficial connections between scholars and policymakers.

The Standing Committee on Migrant Transnationalism (MITRA) is happy to announce MigranTea – informal sessions for PhDs candidates, working on the field of migrant transnationalism, to present their research and exchange ideas.

Department for Migration and Globalization, Danube University Krems invites applications for a short-term visiting fellowship for prospective PhD students. The purpose of this fellowship is to develop a funding application for a Phd project. The...

Job Vacancies: professorship in the area of International Migration at the University of Toronto

The University of Toronto, Canada, has a new open rank tenured professor opening in the area of International Migration.

Decentering Gender and Migration -GenSeM at the 18th IMISCOE conference

At the 2021 IMISCOE annual conference, GenSeM organised two workshops bringing together scholars from different parts of the world, who are working on gender and migration, to reflect on how knowledge about gender and migration is produced and how it...