A Chat with Wiebke Sievers 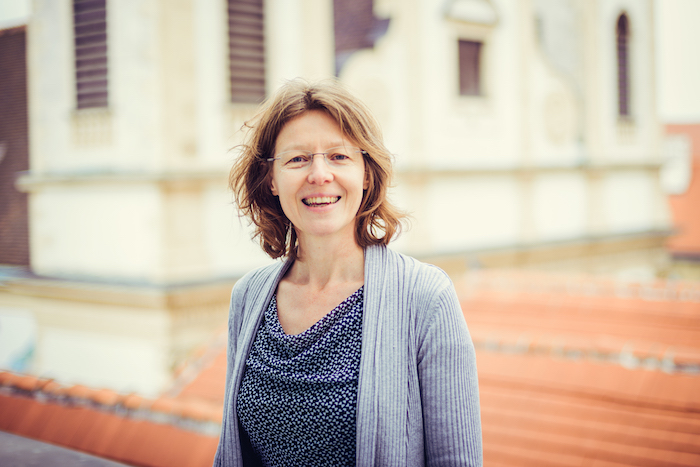 Dear all, we virtually sat down with IMISCOE’s new vice-chair of the Board of Directors Wiebke Sievers (Austrian Academy of Sciences). We talked about her IMISCOE history, conference memories, research and goals for the future. Enjoy this insightful read!

Hi Wiebke, how are you? Firstly, for the very few who don’t know you, could you give us a short bio of yourself?

I think I am a bit of an oddity in the IMISCOE universe that mainly draws its members from the social sciences. I hold a first degree in literary translation from the University of Düsseldorf and a PhD in translation studies from the University of Warwick. To many migration researchers, this may not seem an ideal preparation for a career in migration studies. However, as Homi Bhabha has shown, the study of literature and translation is a perfect starting point for understanding cultural change initiated by migrants and their descendants.

I have been a member of IMISCOE from when it first came into being as an EU-funded European Network of Excellence in 2004. In fact, I owe my first contract at the Austrian Academy of Sciences to IMISCOE because I was employed to manage the Academy’s participation in the network. This mainly implied supporting Heinz Fassmann and Rainer Bauböck in managing their clusters, as they were called at the time: Cluster A1 on International Migration and its Regulation and Cluster B3 on Legal Status, Citizenship and Political Mobilisation. This job was also my first contact with migration research. So I did not become a member because I was trained in the field, but was trained in the field through my participation in IMISCOE. I remember this as a very exciting and rewarding time, not only because I have learned so many things from well-known experts in the field from all over Europe in a relatively short time, but also because I have met so many interesting and nice people.

I stayed because I was encouraged to get involved as a researcher. I began to coedit volumes and write articles in the two clusters that I managed. The topics included citizenship and migration in Eastern Europe, and statistics and reality. In addition, I became involved in another cluster where Marco Martiniello assembled a group of people working on art and culture. This was a relatively new approach at the time in the social sciences, but not in the humanities. So I really felt that I could contribute my very specific expertise to an emerging interdisciplinary field of study. I have been involved in these activities from the very beginning and now together with Marco coordinate a standing committee on Superdiversity, Migration and Cultural Change.

Migration studies is a very diverse field with many interesting strands of research. At the moment, I am particularly interested in those research activities that try to question the divide between migrants and non-migrants. I think it is great that migration research has moved forward from studying migrants towards studying migration societies from post-migrant perspectives. This is an important step forward and I really hope that this will also have an impact on how migration is discussed in politics and the media.

I have just completed writing a book that uses the post-migrant perspective to discuss the cultural change in literary fields. I work with Bourdieu’s field theory to understand how migrants became excluded from literary fields in the process of nationalization and how migrants have managed to overcome these barriers in the second half of the 20th and the beginning of the 21stcentury. This also demanded a critical reappraisal of Bourdieu’s approach that is strongly marked by methodological nationalism. So the book may also be of interest to those who work in the political field or the academic field regarding their specific mechanisms of exclusion and the strategies migrants used to overcome these.

IMISCOE’s main events are the conferences. Do you recall your first one and perhaps your fondest memory of them all?

I have been to all IMISCOE annual conferences and I have very fond memories of all of them. The first conference in Coimbra in Portugal in 2004 was, of course, a historic event because this was the first time that all IMISCOE members met in person and beautiful Coimbra was such a perfect place for such a first meeting. One of the most exciting annual conferences for me was the one that took place in Vienna in 2006 because I was part of the team organizing this event. And I really look forward to next year’s conference because it has been such a long time that we have not been able to meet in person. It will be great to catch up with everybody after such a long time.

IMISCOE has now been around for quite some years, more than 15. As the new vice-chair of the Board of Directors, where do you wish to see IMISCOE go in the next years?

A central part of my tasks as a vice chair is to engage in the discussions leading to the transfer of the IMISCOE coordinatorship to Liège in spring 2022. So, one of my very concrete aims for the near future is a smooth transition to the new network coordinators. I very much support the plan of the new coordinators to make IMISCOE more diverse in the many senses of the term and hope we can put that into practice in the coming years. In addition, I would like IMISCOE to become more attractive for individual members who are not affiliated to IMISCOE member institutes and who may feel that they are not sufficiently represented in the network since they do not have a say on the Board of Directors. Therefore, anybody who reads this and wants to raise issues concerning the status of non-affiliated members in IMISCOE should please contact me so that I can discuss this with you and report back to the Board of Directors.

Thank you Wiebke for sitting down with us!

Thematic Focus Migration scholars in the European context have traditionally paid close attention to public opinion against immigration and the persistence of racism. In contrast, less attention has been devoted to pro-immigration and anti-racist...
IMISCOE Network Office

We are delighted to confirm the topics and speakers of the opening and closing plenary, as well as further information about the semi-plenaries! Submit your panel, workshop, and paper proposals here until 15 December.