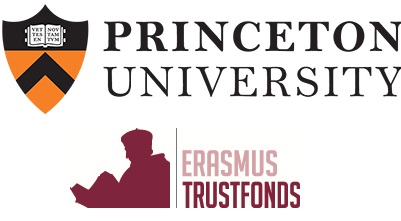 IMISCOE and Princeton University are proud to announce the first transatlantic IMISCOE PhD Summer school. The PhD Summer school will take place between 7th -13th of August 2016 in Princeton on campus. The application procedure is now closed.

The PhD summer school fee is 550 Euro (or 615 Dollar) which includes a welcome reception, a closing dinner, lunches and refreshments in the coffee breaks. You will have the possibility to be housed on campus in the Princeton dormitories (for 65 Dollar a night).

IMISCOE will subsidize (if selected) PhD students working at IMISCOE institutes by wavering the PhD summer school fee and taking on board the costs for staying in the Princeton dormitories. PhD students who are individual members of IMISCOE, but do not work at at an IMISCOE institute, will pay a reduced fee of 450 EUR.

PhD students working at an IMISCOE Institute in Southern Europe (Turkey, Albania, Italy, Spain, Portugal) or Eastern Europe (Poland and the Czech republic) will be offered (if selected) a subsidy of an extra 300 euro’s to sponsor part of their travel costs to the US.

Topic of the PhD Summer School

New Immigration and the Redefinition of the Mainstream: Transatlantic Perspectives

Both Europe and North America are facing a constant renewal of immigration flows. New migration patterns emerge every day and the profile of new migrants is very diverse on both sides of the Atlantic. Most of the literature on immigrant incorporation in Europe and North America has implicitly assumed that there was a pre-existing mainstream society and culture to which immigrants were required to adapt. In North America, the focus has often been on the process of assimilation or Americanization, a complex process at the end of which immigrants would become just like any other American citizens, sharing the same mainstream culture and values as well as the same indivisible loyalty to the American institutions. In Europe, the focus has been on the process of integration of immigrants into pre-existing nation-states also characterized by a set of values, lifestyles and institutions as well as by a specific history.

Much less attention has been dedicated to the various ways in which immigrants have contributed to the redefinition of the mainstream. Immigrants do not just adapt, assimilate or integrate in a fixed pre-existing mainstream receiving society. They are also a significant factor, both directly and indirectly, of change at all levels: cultural, economic, social and political. In Germany, the kebab introduced by Turkish immigrants has now become a national German dish just like the pizza in the United States that was imported by Italian immigrants has become a central element of the American diet. This trivial example shows to what extent immigrants enrich and enlarge the culinary mainstream.

This is also true for other domains of human activity. Youth culture in big cities is strongly influenced by the increasing ethnic diversity among youngsters growing up in the city. The so-called ‘immigrant’ vote has changed the political landscape. Educational institutions changed because they had to adapt to a new school population, one that often takes different or alternative pathways through the educational system. Neighborhoods and shops changed because of new populations coming in. Identity politics and identity formation got a new meaning also pushing the people of native descent to (re)define themselves ethnically or racially.

This first transatlantic PhD school will move away for traditional incorporation, integration and assimilation studies to examine to what extent new immigrants contribute the redefinition of the mainstream host societies not only in the spheres of culture and identities but also of economics, social relations and politics.

Application and Selection procedure (applications are currently under review)

An application should consist of the following documents (to be send to This email address is being protected from spambots. You need JavaScript enabled to view it.):

Further information about the PhD Summer school can be obtained through contacting Ali Konyali: This email address is being protected from spambots. You need JavaScript enabled to view it.