In the following blog I will argue, based on my fieldwork at the Cara Di Mineo Migrants’ reception camp, that Italy’s asylum procedure is a source of frustration for the asylum seekers. We may conclude that EU migration policy in that realm failed. After assessing the living conditions of asylum seekers at Mineo and after carefully analyzing focus group interviews that we have conducted during the field visit, we can assume that the regulations and policies that prescribe conditions of asylum seekers are drastically different from the status quo.

In the context of my PhD research within the framework of Erasmus + grant Jean Monnet Chair, EU Mediterranean border crises and European External Action (EU Medea) I have conducted fieldwork in Sicily, Italy. I visited the Cara Di Mineo Migrants’ reception camp which was opened during the time of prime minister Silvio Berlusconi. For several years it had been considered as the second largest camp in the European Union comprising up to 4000 asylum seekers (ANSA, 2019). As part of this field visit which was arranged in July 2018, I conducted focus group interviews. At the first glance what we have discerned was that Italy’s first level reception centers were not well prepared: enormously stretched waiting times, a confusingly bureaucratic system, and frequent breaches of international law.

During my fieldwork, I have listened to many tragic facts and during this process the “Lampedusa Tragedy” (De Bellis, 2015) has become an even more vivid example of the desperate situation of the migrants. Most asylum seekers have told us that they have waited for refugee status for almost one or even two years. The waiting process for applications felt like an “endless” procedure. Others reported how it took three months for them to reach the coast of Italy via the Mediterranean, coming from Libya. One of them was unable to help their sister, who had unfortunately drowned in the sea during this long way. According to the refugees’ complaints, the living conditions were miserably unbearable as sanitary norms were not satisfactory. This caused the spread of many infections and diseases. Women gave birth to children in these unhygienic conditions, which was a threat not only to the mothers but also to the infants. Despite having permission from the Ministry of Internal Affairs of Italy, we were not allowed to take photos in which anyone could easily see the queue of asylum seekers waiting outside for several hours, under the scorching sun, for their tiny portion of food.

In addition, the asylum seekers were not allowed to move around inside without troops accompanying them, not to mention being able to go outside - the zone had been clearly demarcated. One of the members of the delegation asked the management of the Mineo camp why the police forces were not enough and what was the necessity of troops accompanying the asylum seekers. The answer was that there was a constant threat of riots and possible terrorist attacks. However, one might assess this threat as only hypothetical and groundless.

It was vividly clear that the conditions of the asylum seekers were different from what the management and officials presented to the media. Here, I would like to cite French sociologist and philosopher Jean Baudrialld who claimed that such situations could be referred to as “hyperreality”. Hyperreality means that it is hard to distinguish the actual reality from a simulation of reality. In “Simulacra and Simulation” Baudrillard mentions that the illusion of the system is to provide a perfect explanation detached from imperfect reality (Baudrillard, 1981). So, what the management of the Mineo camp attempted to do was representing the situation as if everything was perfect, but the picture we have witnessed was drastically different. The majority of asylum seekers living in Mineo have complained to us that this camp felt to them like an open prison. How can Cara di Mineo be called a shelter? In the end, rather than using Mineo as a real shelter, an opportunity to implement and expand better reception models, Salvini initiated the center’s closure.

My field visit enabled me to have perceived the ongoing process in refugee camps from a different angle. I continued writing my PhD thesis identifying the failures of the EU migration policy. No policy matters if it cannot improve the conditions individuals. In 1943 Hannah Arendt published in a small Jewish periodical The Menorah Journal, the article “We refugees”, which starts with the sentence: “In the first place, we don’t like to be called ‘refugees. We ourselves call each other ‘newcomers’ or ‘immigrants’, but still we have the right to have rights.”

By treating the asylum seekers inadequately, we ignore their rights and by pretentious protection we mask the reality. The refugees should be seen as individuals, in contrast to the current policies that dehumanize them. Everybody deserves equal treatment regardless of being a refugee or not. We all have to recall and bear in mind that “[w]e all came here from somewhere” (Arendt, 1996, p.64).

Baudrillard, J. (1981). Simulacra and Simulation. The University of Michigan Press. 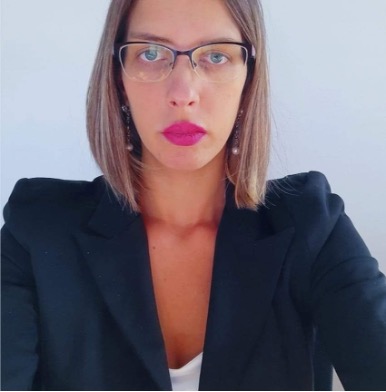 Tamar Todria is a PhD Candidate at the Ivane Javakhishvili Tbilisi State University, Institute for European Studies, in Tbilisi, Georgia.

In the following blog I will argue, based on my fieldwork at the Cara Di Mineo Migrants’ reception camp, that Italy’s asylum procedure is a source of frustration for the asylum seekers. We may conclude that EU migration policy in that realm failed....
Marina Lazëri

Initially, I was not planning on going to the PhD network activities of the IMISCOE spring conference, which took place in March 2021. Since at that point my life had been consumed by setting up an experiment survey, it really felt like every moment not...
Giulia Dugar

Ethical collection of qualitative data during a pandemic: A tough quest?

This is a very quick glimpse into how I found a solution to obstacles in qualitative research posed by the pandemic while looking to solve an ethics-related issue in my data collection. But let me start from the beginning. My doctoral project focuses on...
Cláudia Araújo

Why I interrupted my PhD to fill a methodological knowledge gap

This month´s post is a little different. It will not be about my research (at least not directly), or about breaking knowledge trends in Migration Studies. Instead, this post is about my personal experience as a PhD candidate and some choices I made to...
Lisa-Marie Kraus

Recently, I read a report on the effects of Covid-19 on the workplace. One of the main finding was that “diverse employees” struggle the most during the Covid-19 period. I thought to myself – “ diverse employees”? What does that mean? If there are...