CK: Could you please introduce us to the study of music and migration and your own research?

EP: Studies in music and migration originate in the ‘60s and ‘70s with the seminal works of John Baily on Afghan musicians exiled in Northern India, and Adelaida Reyes on Vietnamese refugees and their creativities in the camps. Since the mid-90s, studies have proliferated in Ethnomusicology and Anthropology of Music resulting in bourgeoning publications, and the introduction of activist approaches.

My fieldwork research in Northern Greece and South Albania originates in my PhD studies. Drawing on Anthropology of Emotions and focusing on migration songs, I show how nostalgia, longing and homesickness translate from the emotional sphere into sound (Pistrick 2015).  Following Sayad (2004), I examined songs’ themes as a creative processing of memories and social separation. As a social medium, a song facilitates the sharing of suffering, alleviating the individual pain, and offering catharsis.

Migration studies tend to neglect creative practices. They prioritize demographics and economics. In this paradigm, individuals’ strategies of managing migration are overlooked, although they might be more effective than funding schemes aiming at structuring or reducing migration. We should consider migrants’ own strategies, before imposing our development or migration agendas. Creative practices are one of these strategies.

CK: Your recent work relates to the ‘European refugee crisis’. What does a focus on music in this context reveal?

I initially avoided doing research on this topic, because I did not want to exploit the situation and employ as informants people in such existential and precarious contexts. In 2017 I started volunteering in a reception centre in Eastern Germany. Then, it accommodated 1,200 asylum seekers from Syria, Afghanistan, East Africa and the Balkans. As a volunteer, I offered music courses, and provided refugees with instruments and a space to perform. That was a novelty in the camp. While the camp administration provided residents with a sports ground and spaces for language teaching, they did not consider the potential of arts. These workshops encouraged personal relationships of trust, especially among some musicians from West Africa with a musician from Syria and one from Iran. Continuing my collaboration with them, I learnt about their biographies, understood their creative potentials, and eventually accompanied them for almost five years, integrating them into several music projects. Many of these projects aimed at connecting ‘their’ musical traditions to ‘our’ European music from the Middle Ages and the Renaissance, the so-called Early Music.

An important project in the second sense, in which I was employed as a researcher and organizer of workshops, was the Creative Europe Project ‘Orpheus XXI’, set up by the Catalan master musician Jordi Savall. This project had a humanistic, historicizing approach, highlighting the shared heritage and mindset cultivated across centuries between Europe and primarily the Arab World, rather than aiming solely at social empowerment inspired by a humanitarian vision.

On a pedagogical level, refugee musicians from Syria, Kurdistan, and other places, recruited in the project, could transmit their musical knowledge to other refugees, and European musicians trained in Early Music. This enabled refugees in their ‘new-home’ countries to have access to their own musical traditions, and spread their knowledge into Western European Art Music contexts. Furthermore, the project facilitated the uninterrupted transmission of their musical traditions, particularly among young adults.

On an aesthetic level, the project aimed at combining European Early music with oral traditions from the Arab world and other places across time, drawing on the idea of a shared heritage. If we consider the musical practices in Andalusia during the Arab rule, we understand that the distinction between ‘their’ musical traditions and ‘ours’ is an artificial one; musical hybridity, and intercultural dialogue have always underpinned them. Thus, the project suggests that refugee musicians and their practices should be seen as part of our musical history.

Another challenge regards balancing the affective power of the history and suffering framing refugee musicians’ works, with the aesthetic quality it entails. Syrian pianist Aeham Ahmad is an emblematic figure merging both dimensions in his work. However, I think that, in mainstream discourses, his refugee background is overemphasized, rather than the quality of his music. I think that accentuating both sides of one identity -that of musician and that of a refugee- is legitimate, as they are inseparable.

CK: What does music show across the different contexts of (forced) migration?

EP: We should understand why refugees still make music amidst existential crisis, in harsh conditions, and focus on the music itself, the instruments, the traditions, the knowledge they have, rather than having our own prejudices and expectations. Rather than using music exclusively as a tool for displaying other realities, we should see music as part of our shared culture. The stories feeding into these musics will eventually emerge.

Sound and music are absent from representations of migration. Media coverage primarily comprises images. Representations of reception centres in the media and research are as ‘waiting rooms’ (Agier 2011), and of those inhabiting them as deprived of creativity and artistic agency.  Migration museums, for example those in Lampedusa and Paris, primarily display photo or multimedia exhibitions; sound is marginalized. We need to seriously consider sound, because it’s part of our senses; ignoring sound means muting a fundamental aspect of migratory experience. Hence, Ethnomusicology needs to actively participate along other disciplines in projects addressing migration.

[The second part of the interview, focusing on the practical aspects of ‘unmuting migration’, will be published in February] 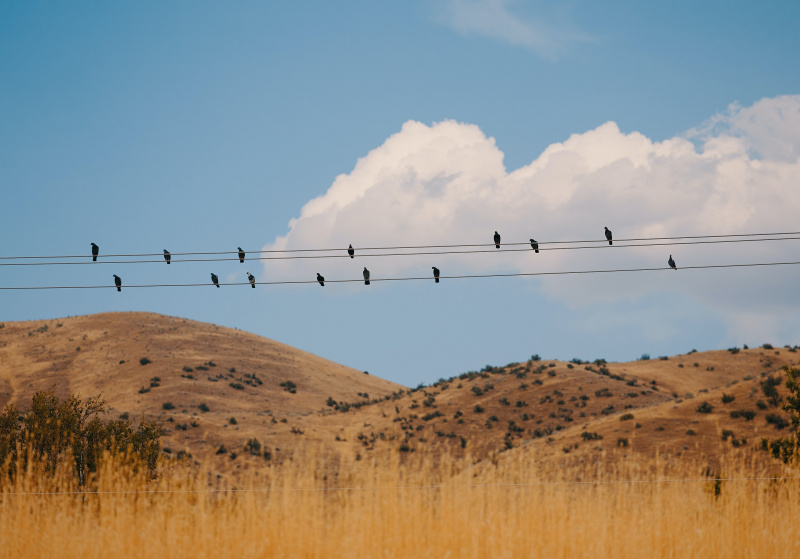 Photo by Vidar Nordli-Mathisen on Unsplash

Sayad, A. (2004). The Suffering of the Immigrant. Cambridge: Polity Press.

Chrysi Kyratsou is a PhD student in Anthropology/Ethnomusicology at Queen’s University Belfast. Her PhD project explores the role of music in the everyday life of refugees sheltering in Greek reception centres, and aims to provide insights into the emerging potentials for multiple inclusions.

[If you missed the first part of the interview, discussing the value of studying music and migration, you may read it here ]. CK: Host societies tend to imagine refugees as silent. However, ignoring the sound of this experience inevitably involves...
IMISCOE PhD network blog