Young Afghans Disappear from Norway – Where Do They Go?

Young Afghans who have had their asylum claim rejected in Norway, have been disappearing from reception centres and absconding from Norwegian authorities in large numbers in recent years.

In 2017, nearly 500 young asylum seekers were reported missing from reception centres in Norway (Clayton & Gupta, 2019). What happens to these young migrants after they evade deportation and abscond from Norway? During fieldwork conducted in 2018, I followed some of these young Afghans, many of whom now live in France.

In 2016, the Norwegian government started implementing restrictive immigration policies towards Afghan asylum seekers. This was a response to an influx of young asylum seekers from Afghanistan to Norway over the previous decade. Specifically, two legislative changes relating to Afghan asylum seekers were implemented. The first was a new threshold for returning asylum seekers which entailed that Afghan asylum seekers could be sent back to face internal displacement in Afghanistan. The second was an increased use of temporary protection status given to unaccompanied minors. (Brekke & Staver, 2018). The migrants I met had therefore recently turned, or were soon turning 18 years of age, and were therefore fearing deportation after living for several years as minors in Norway

When these legislative changes were enacted, the number of young Afghans disappearing from reception centres in Norway increased (Norwegian Directorate of Immigration, 2018). Simultaneously, stories emerged on social and traditional media about young Afghans who absconded from Norwegian authorities and ended up living on the streets of Paris (Nora Thorp Bjørnstad, 2017).

I spoke with a group of young Afghans who had their asylum claim rejected in Norway and now live in Paris. Initially I assumed that the young migrants would be sent back to Norway if they applied for asylum in France. This is due to the Dublin regulation which states that one can only apply for asylum in one Schengen member state. If one applies for asylum a second time within the Schengen area, fingerprints would be recognised, and the person would be returned to the country where they first applied for asylum (Hampshire, 2016).

However, the migrants I spoke with could be divided into two groups. Firstly, there were those who had had their fingerprints recognised when they registered in France. They feared being sent back to Norway and ultimately to Afghanistan. When I met them, they lived on the streets, trying to avoid the police. Secondly, there was a group who had not had their fingerprints recognised. They had registered with the immigration authorities and were living as first-time asylum seekers in France. They were hoping for protection status and legal residency in France.

A common understanding among all of the migrants I spoke with was that they had come to France because they had a chance of being granted refugee protection. This is due to the high recognition rates of Afghans as refugees in France, compared to Norway. With this, they felt that their chances of being returned to Norway were small.

Indeed, the Schengen member states have different asylum policies which means that some countries recognise Afghan nationals as asylum seekers, while others do not. In 2018, the recognition rates of Afghan nationals varied from 98.4% in Italy to 33% in Sweden (European Council on Refugees and Exiles, 2019). My respondents were fully aware of these variations. A general feeling among them was that France “liked” Afghans more than Norway did.

On the Streets of Paris

At the time of writing, most of the young migrants I spoke with during my fieldwork, still live in France. There are still young Afghans who disappear from Scandinavian countries and end up in Paris. In November 2019, French police removed migrants from camps in Paris. Swedish media reported that several hundred young Afghans, who had previously lived in Sweden, were among these migrants (Svahn, 2019).

But out of all Schengen countries, why do they end up in France?

For many of those whom I spoke with, they experienced a capacity to get by in France, that they did not experience in Norway. In France they were not alone on the streets. They conveyed that it was easier to blend in with the myriad of undocumented migrants in Paris.

While undertaking fieldwork, it became apparent that the migrants I spoke with relied on support from civil initiatives. In France, there is a long tradition of volunteers who assist migrants with basic necessitates such as food and medical help (Ticktin, 2011). One of my respondents who lived on the streets had his daily meal at one of the volunteer-centres. I asked why he travelled to Paris, if only to live on the streets. He responded: 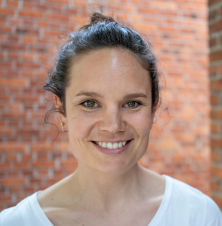 Thea Rabe is a PhD student in sociology at Nord University, focusing on migration and civilian support to migrants in Europe. Her PhD project looks into the criminalisation of humanitarian assistance, and particularly on assistance from Norwegian citizens to irregular migrants in Europe. Rabe has a master’s degree in political science from the University of Amsterdam. She holds a bachelor’s degree in political science from the University of Oslo and a bachelor’s degree in journalism from Volda University College. Before starting her PhD, she worked as a senior advisor for the Norwegian Red Cross.

Hampshire, J. (2016). European migration governance since the Lisbon treaty: introduction to the special issue. Journal of ethnic and migration studies, 42(4), 537-553.

Ticktin, M. I. (2011). Casualties of care: Immigration and the politics of humanitarianism in France: Univ of California Press.