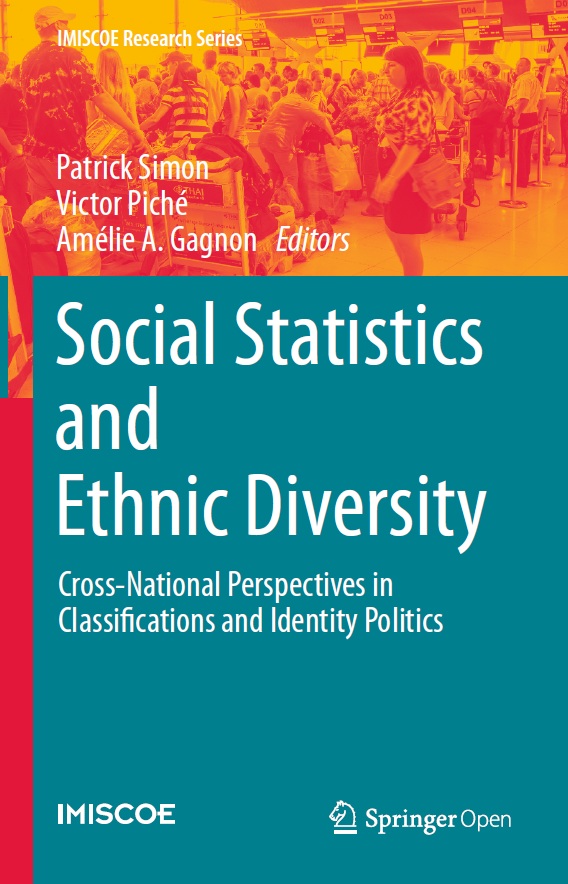 This book examines the question of collecting and disseminating data on ethnicity and race in order to describe characteristics of ethnic and racial groups, identify factors of social and economic integration and implement policies to redress discrimination. It offers a global perspective on the issue by looking at race and ethnicity in a wide variety of historical, country-specific contexts, including Asia, Latin America, Europe, Oceania and North America. In addition, the book also includes analysis on the indigenous populations of the Americas.

The book first offers comparative accounts of ethnic statistics. It compares and empirically tests two perspectives for understanding national ethnic enumeration practices in a global context based on national census questionnaires and population registration forms for over 200 countries between 1990 to 2006.

Next, the book explores enumeration and identity politics with chapters that cover the debate on ethnic and racial statistics in France, ethnic and linguistic categories in Québec, Brazilian ethnoracial classification and affirmative action policies and the Hispanic/Latino identity and the United States census.

The third, and final, part of the book examines measurement issues and competing claims. It explores such issues as the complexity of measuring diversity using Malaysia as an example, social inequalities and indigenous populations in Mexico and the demographic explosion of aboriginal populations in Canada from 1986 to 2006.

Overall, the book sheds light on four main questions: should ethnic groups be counted, how should they be counted, who is and who is not counted and what are the political and economic incentives for counting. It will be of interest to all students of race, ethnicity, identity, and immigration. In addition, researchers as well as policymakers will find useful discussions and insights for a better understanding of the complexity of categorization and related
political and policy challenges.

2 Ethnic Classification in Global Perspective: A Cross-National Survey of the 2000 Census Round
Morning, Ann

3 ‘Inside Out’: The Politics of Enumerating the Nation by Ethnicity
Kukutai, Tahu (et al.)

4 The Choice of Ignorance: The Debate on Ethnic and Racial Statistics in France
Simon, Patrick

6 Brazilian Ethnoracial Classification and Affirmative Action Policies: Where Are We and Where Do We Go?
Petruccelli, José Luis

12 Fuzzy Definitions and Demographic Explosion of Aboriginal Populations in Canada from 1986 to 2006
Guimond, Éric (et al.)