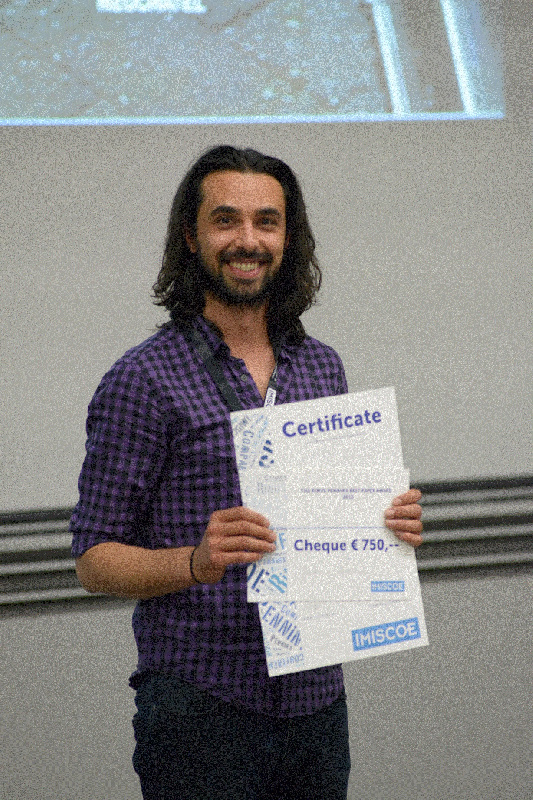 At the end of the 12th Annual IMISCOE Conference, held in Geneva at the University of Geneva on June 25-27, 2015, the IMISCOE – Rinus Penninx Best Paper Award was awarded for the second time.

This year, a total of 17 papers were nominated for the prize by the organisers of the workshops of the conference by May 28, 2015. A jury of nine members, chaired by Rinus Penninx, made a short-list of six papers that received the highest scores of the jury. These six short-listed papers have been read and evaluated by all nine members of the jury.

James Laurence’s paper entitled, “When Numbers Count: Community Ethnic Composition, Prejudice, and the Moderating Role of Inter-Ethnic Segregation for the Contact and Threat Hypotheses”,was chosen unanimously as the best paper of the conference. The Journal Comparative Migration Studies offered to publish the paper soon.

The author received a check of 750,- euros during the closing session of the conference from Rinus Penninx with these words:

“The jury found that this paper makes a great contribution to the literature by bringing the role of segregation (and its specific form) into intergroup relations and attitudes: the seemingly contradictory Contact and Threat Hypotheses are tested under specific conditions of size and form of segregation. The paper is innovative, well structured, well developed and well written.”

The jury mentioned a second paper as near best paper: Eva Zschirnt and Didier Ruedin, “Ethnic Discrimination in Hiring Decisions: A Meta-Analysis of Correspondence Tests 1990 – 2015”.

The jury “was impressed by this comprehensive meta-analysis of 42 separate studies in which discrimination in the first phase of hiring people for a job is measured experimentally by sending applications that are equal except for the ethnic/national origin of the applicant. (..) This meta-analysis contributes significantly to our knowledge of a topic that is very relevant today.”