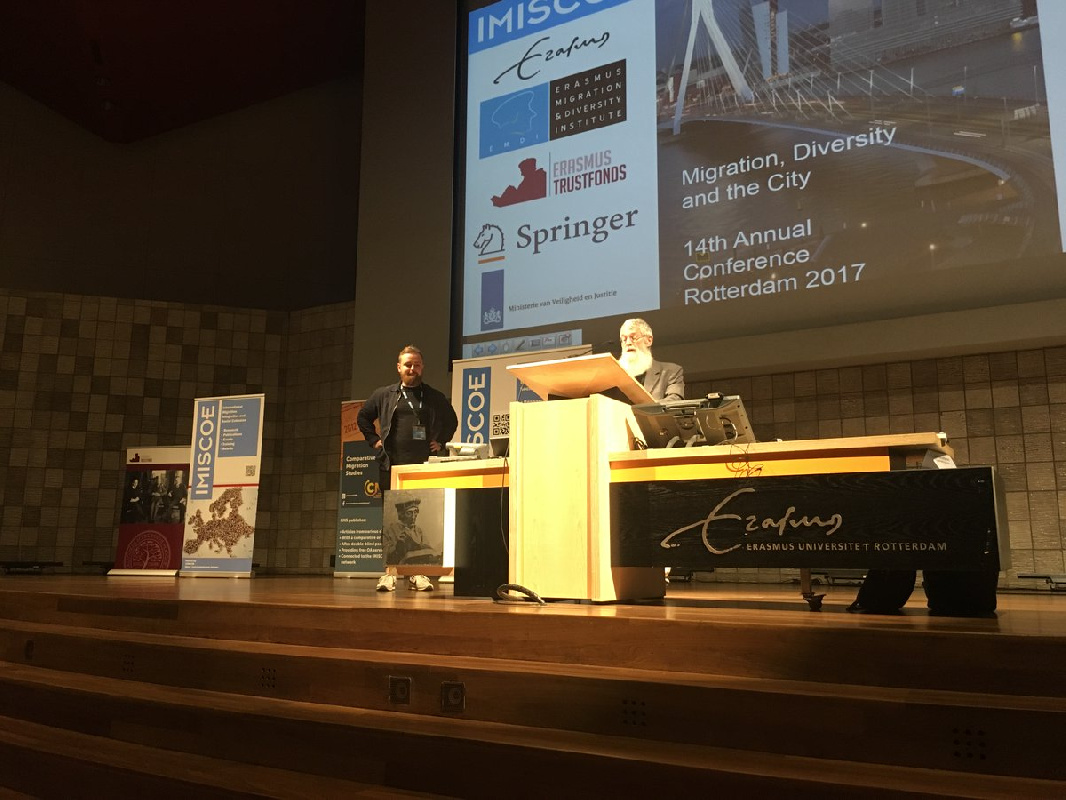 We are happy to announce that the first two DIVCULT events of this academic year will soon take place and will be accessible online: 27 November 12.00-14.00 CET: CEDEM panel Intertwining research and arts in migration studies: experiences from the field...
IMISCOE Network Office

Originally, the IMISCOE Conference should have taken place in Luxembourg in July 2020. However, due to the COVID-19-Pandemic, the conference had to be rescheduled to July 7-9, 2021. We warmly invite you to sent in your abstract or proposal and join us,...

The Centre on Migration, Policy and Society (COMPAS) at the University of Oxford is organising the 2021 IMISCOE Spring conference on March 22-23 2021 (online event) on the topic of Messaging Migration and Mobility.

Panel Debate 1 Oct 2020: About the Non/Sense of Distinguishing between Migrants and Refugees – a Debate

Forced Migration and Refugee Studies: Networking and Knowledge Transfer (FFVT) Panel Debate About the Non/Sense of Distinguishing between Migrants and Refugees – a Debate 1 October 2020, 17:00-18:30 (CEST), online In policy and public, it is often taken...
MIGCITPOL