The Winner of the Rinus Penninx Best Paper Award 2018 are: Sarah Nimführ and Buba Sesay 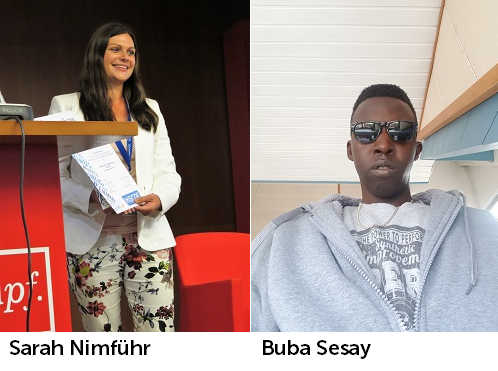 Malta, an island-state surrounded by water, limits the mobility of non-deportable, rejected asylum seekers who want to leave due to the lived consequences of disintegration practices. Stripped off any legal entitlements non-deportable refugees only have restricted access to the job market, basic services and health care. They have no formal legal status whilst their presence and stay is known by the Immigration Authorities. Even though the length of their non-deportability status is indefinite, they are not able to leave the island-state regulated and independently. However, although non-deportability and a “Rejected status” cause refugees’ immobility and restricted possibilities in terms of enforceability of rights, new spaces of opportunities emerge as mobility to mainland Europe––against all odds–– can be observed. Based on ethnographic fieldwork conducted in Malta and (Southern-)Italy in 2015 – 2016, as well as resting upon first-hand insights, lived experiences of non-deportable, rejected asylum seekers in Malta and due to follow up migration in Italy are illuminated. While enacting their denied right of mobility, new challenges reveal themselves, resulting in a life “betwixt and between” that continuous even after they leave Malta.
Non-deportable refugees end up in lives of limbo by being excluded from various fields of social participation, particularly social security, and become dependent on precarious work relationships as well as unfortunate living conditions, both in Malta and in Italy. From a micro-analytical perspective moving contours and practices of settlements are illustrated.

Information about the authors

Sarah Nimführ is a cultural anthropologist and DOC-Fellow of the Austrian Academy of Sciences (OEAW) at the Department of European Ethnology, University of Vienna. Between 2015-2018 she carried out research about the impacts of non-deportability on rejected asylum seekers at EU’s external borders in Malta and Italy. Following an approach with a praxeological understanding and ethnographic methods, her research links different levels of analysis and examines the interactions of various migration actors.

Currently, Sarah Nimführ is a lecturer at the University of Vienna: her classes comprise ethics and methods in the field of flight, engaged anthropology as well as forced migration studies with a focus on Mediterranean islands. Her main research interests consist of Critical Forced Migration Studies, European Border Regime, Island Studies and Ethnographic Methods. Before working with Buba Sesay, Sarah Nimführ has already worked together with Gabriel Samateh, who also arrived in Malta as a refugee, in order to practice a collaborative approach towards knowledge production.

Buba Sesay grew up in Sierra Leone and has lived in Europe since 2013. In order not to endanger his current status, at this point no further biographical information will be presented.