Understanding urban diversity, or what’s the matter with Rotterdam? 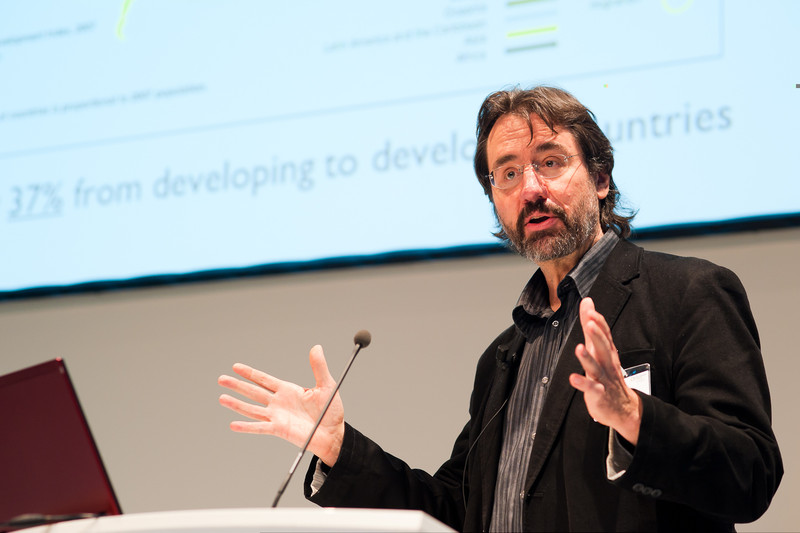 On June 28th, keynote speaker Steven Vertovec was invited to open IMISCOE’s 14th Annual Conference, held at the Erasmus University in Rotterdam. Due to an unfortunate illness his keynote-lecture was canceled.  However, given the importance of his speech – both IMISCOE and Steven Vertovec decided to distribute his talk through a video-lecture, filmed at the Max-Planck Institute (attended by his students).

Following a brief discussion of various ways ‘urban diversity’ has been conceived and discussed in assorted social science literatures, I will focus on some key questions concerning the relations between urban space(s), difference, ‘contact’ and social attitudes. This will include a look at places where high levels of ‘diversity’ have not produced the modes of cosmopolitanism that many have come to expect. In so doing, I will also address social effects of diversification processes themselves.

Steven Vertovec is Managing Director at the Max-Planck Institute for the Study of Religious and Ethnic Diversity, Göttingen. Previously he was Professor of Transnational Anthropology at the University of Oxford, Director of the Centre on Migration, Policy and Society (COMPAS) and Co-Director of the International Migration Institute (IMI).

Steve is currently co-Editor of the journal Global Networks and Editor of the  Palgrave book series ‘Global Diversities’. He is author of five books including Transnationalism (Routledge, 2009) and Diversity and Contact (Palgrave 2016), and is editor or co-editor of thirty-five volumes including Conceiving Cosmopolitanism (Oxford University Press, 2003), The Multicultural Backlash (Routledge 2010), The International Handbook of Diversity Studies (Routledge 2015) and Diversities Old and New (Palgrave, 2015).

Launch of an International Network for Students of Migration Studies

Launch of an International Network for Students of Migration Studies

Webinar: Migration Governance and Politics in the Face of the Pandemic

Join this webinar where the Standing Committee on Migration Politics and Governance (MigPoG) will explore how a perspective on both the governance and politics of migration can enrich our understanding of policymaking processes vis-à-vis the challenges...

EuroMedMig PhD Summer School will now be available through streaming!

We are now accepting applicants who wish to join the EuroMedMig Ph.D. Summer School 2021 virtually! Please visit EuroMedMig Web News for all the details. The main objective of this IMISCOE Summer School is to provide an intensive course promoting...

A unique project in which more than 80 scientists and co-authors take a stance and propose solutions.