Lessons from Fieldwork in Turkey: Researching with an Interpreter

A supermarket somewhere in the middle of nowhere in Turkey; an older man approaches us in German (a language we half do and half don’t understand) and asks me and my interpreter what we are doing in his village. We answer in severely flawed German and rather quickly the conversation switches to Turkish.

I fully trust the competence of my interpreter so I let her speak, hoping she will find out whether or not this man ‘fits the criteria’ of my research population so that we can interview him, and even more so: that she will arrange an appointment for the interview. I stand there, smiling sheepishly, doing my best to look as nice as possible so that this man agrees on an interview. I have to let my interpreter do her job.

In the context of my PhD research I went to Turkey and payed older European migrants a visit during their temporary stay in their “home” villages in Turkey. As I don’t speak the language, I brought an interpreter. In this blog I am sharing my experiences with working with an interpreter and what it means for the ways we write our academic papers.

The first thing to know about interpretation and translation is that there is an actual difference between the two, although the terms are sometimes used interchangeably. An interpreter changes spoken words into other languages, orally, whereas translators change written texts into other languages, in writing (Jones & Boyle, 2011). In my research, I make use of an interpreter and not a translator. So, I would have a conversation with an informant, whose answers, comments, questions and stories (in Turkish) were interpreted into Dutch for me, while my questions, amazements, clarifications and responses in Dutch were interpreted into Turkish for the informant. This is the exact ‘problem’ about having to work with an interpreter: he or she interprets. It is therefore not only about the literal translation of words, but also about the meaning of these words. I will show the relevance of this with an example of ‘conceptual equivalence’, which means that an interpreter provides a technically and conceptually accurate translated communication of a concept spoken by the study’s participant (Jandt, 2003).

The interpreter was informed about the research question and the theoretical background of the study. However, as time progressed and we spoke to several informants who told us their story, I began to notice that the informants used a range of words translated by the interpreter as “motherland”. She was more than right to do so, as basically, all the concepts the informants used came down to “motherland”, and would thus be regarded as conceptually equivalent. It took us a few interviews to discover that informants were using these different terms for more or less the same thing and what their equivalent in Dutch (and for the research report in English!) would be. Even more so, it took us a few interviews before I realized that the variety in nuances that they used, were actually very important for me to know. Was it mother country? Or fatherland? Or homeland? Did they refer to a certain place in Turkey or to Turkey as a whole? Did they speak of it with a notion of longing or not? I learned that a slightly different emphasis in focus can impact the type of data you collect, or wanted to collect.

Next to interpreting what informants told me, my interpreter acted as a ‘cultural broker’; a person that can bridge a cultural gap between the researcher and the informant and can thereby circumvent misunderstanding or conflict (Jones & Boyle, 2011). In that way, an interpreter is more involved in the research project, as the interpreter can alert the researcher when last mentioned behaves or talks in a culturally inappropriate way (Edwards, 2013). My interpreter was a star in being a cultural broker. Most informants liked her instantly and were not suspicious or in any other way hesitant to tell us their story, even when being critical of the Turkish political situation. I think especially with regard to the last, the fact that my cultural broker came from the same minority group in Turkey as the informants, was paramount to this. Informants felt save in her presence, as she could relate to the stories they shared with us. This allowed me to steer interviews in ways I think were unimaginable would my interpreter have identified with the dominant group in Turkey.

From the aforementioned, it must be clear that an interpreter impacts research in all kinds of ways, and even more, the outcomes that are produced. The anecdote this blogpost started with, also testifies of this dynamic. Although of course I, as the principle investigator, was ultimately responsible for the selection of informants, my interpreters’ social skills were of upmost importance in constituting the pile of data we collected. Whether she did that, in my eyes, very well (which she did), or not so well, is equally important in interpreting the data. Coloring the data towards something, regardless of it being evaluated positively or negatively, impacts the conclusions you draw from the data.

So, how do we go about these issues in academia? The main point in papers that have been written about this topic is that one should be aware and reflect on the subject position of the interpreter (Edwards, 2013; Temple, 2002; Turner, 2010), somewhat like I did in the above. This should be taken into account when writing the methodology section in the final paper. However, I see very little of these reflexive sections in academic papers. Apparently, this crucial element in collecting the data you write academic results sections about, is not so very important in the light of the word limit a specific journal sets…

Then again, I wonder, don’t we have to be (more) reflexive of any kind of data we collect? If the German man of the opening anecdote spoke perfect Dutch, it would have been my social skills that would either recruit this man for an interview or not. Although I acknowledge the fact that having a conversation using an interpreter requires more interpretation and therefore possibly also more murmur than when no interpreter is needed, one should never underestimate the effect one has on a social situation. Thus, the main message from this blog should not be that one has to justify working with an interpreter in academic papers, but that we should all pay a little more attention to the way we, or people that have done the data collection for us, have played a role in generating the data we publish with. 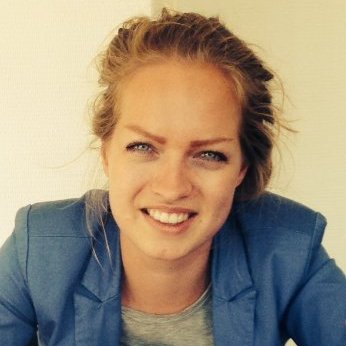 Jolien Klok is a PhD researcher in sociology at VU Amsterdam, and editor for the IMISCOE PhD Blog