How are Migrants and Expats Represented Online? An Online-Search Experiment

In his book “The way of seeing”, which was first published in 1972, John Berger claims that “in no other form of society in history has there been such a concentration of images, such a density of visual messages”. Nowadays, forty-six years later, we are surrounded by images even more, and thanks to the internet and smartphones we are almost non-stop exposed to a digital visual culture.

According to Berger “seeing comes before words. The child looks and recognizes before it can speak”. I could not agree more with his observation: visual messages shape our imagination about the world, and they carry our preconceptions about it. Our daily exposure to media coverage about immigration influences how we think about this phenomenon. Images are coupled with notions.

Let me illustrate this by taking the words ‘migrant’ and ‘expat’ as examples. If we look at their definition in the Oxford dictionary, we find that these words describe the same phenomenon: a person who has moved from his or her native country to another country. But do we associate with these words the same things?

In order to find out how various images about “border-crossers” are associated with very different meanings, I conducted an online picture search with Google: what images will Google show if I separately search for ‘migrant’ and ‘expat’?

The picture search for both words reveal very different results. First of all, the pictures that we retrieve reveal different associations which we have with either ‘migrants’ or ‘expats’. Expats are imagined as people who literally have the whole world in their hands, who can cross borders easily and legally without any restrictions, who have a high socio-economic status, and can speak various foreign languages. Characteristically, they are usually white, male, dressed in perfectly fitting suits and show a broad smile. 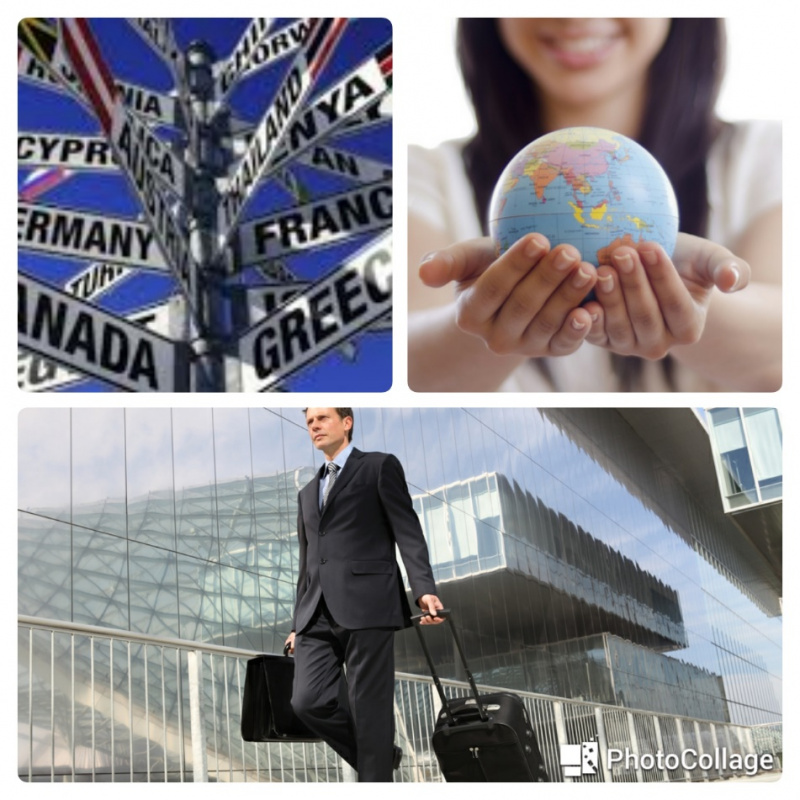 In the ‘migrant’ picture search in contrast, migrants’ movements are usually represented as forcibly restricted. They cross borders by boat or foot, clash with border patrol and are portrayed as despaired and needy. In the images, they have darker skin, dirty clothes and come in large groups. It is hard to see any individuality or agency of these migrants in the majority of the pictures. Migrants are usually represented as a flow of anonymous people crossing a border, provoking fear in possible countries of destination. 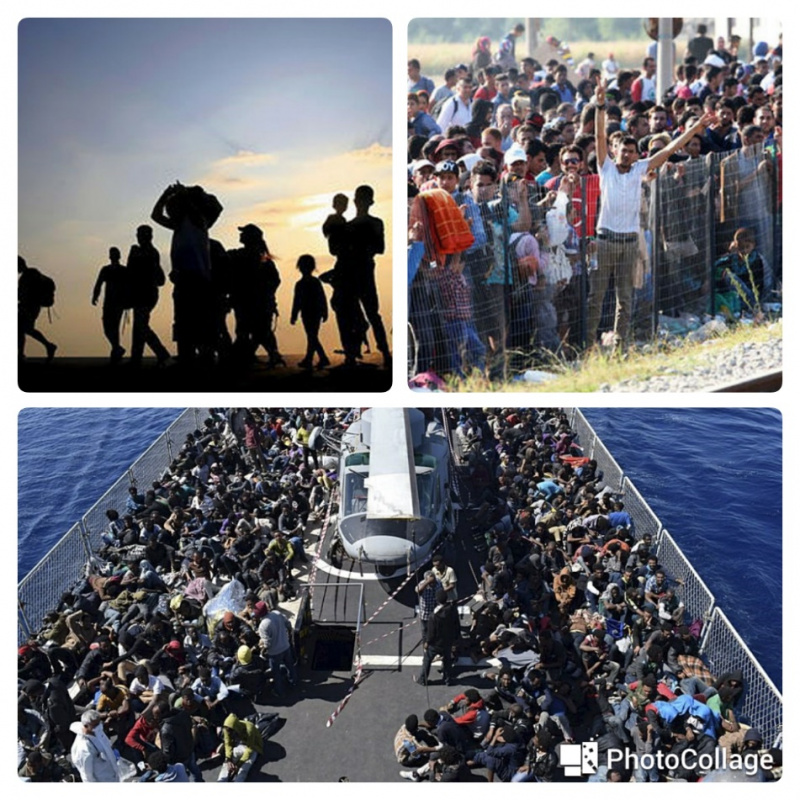 Another striking aspect is that many of the pictures that appear in the online search under the keyword ‘migrant’ were taken during the so called refugee crisis in Europe, which has started in 2015 after the Syrian civil war broke out. This leads to misunderstandings, as refugees form a specific kind of migrants. They are fleeing from political persecution, extreme danger and death, but by definition the category ‘migrant’ is much broader and includes people who migrate voluntarily for work purposes, education or family reunification, and for many other reasons. But through the pictures revealed in the online search, these distinct categories converge. An argument made by Deborah Bryceson and Ulla Vuorela in their 2002 book applies to this observation: they claim that “the word ‘migrant’ tends to carry class connotations and is applied more readily to people that are considered economically or politically deprived and seek betterment of their circumstances.” Hence in the online search, migrants are predominantly associated with economically and politically deprived migrants rather than with so-called expats. 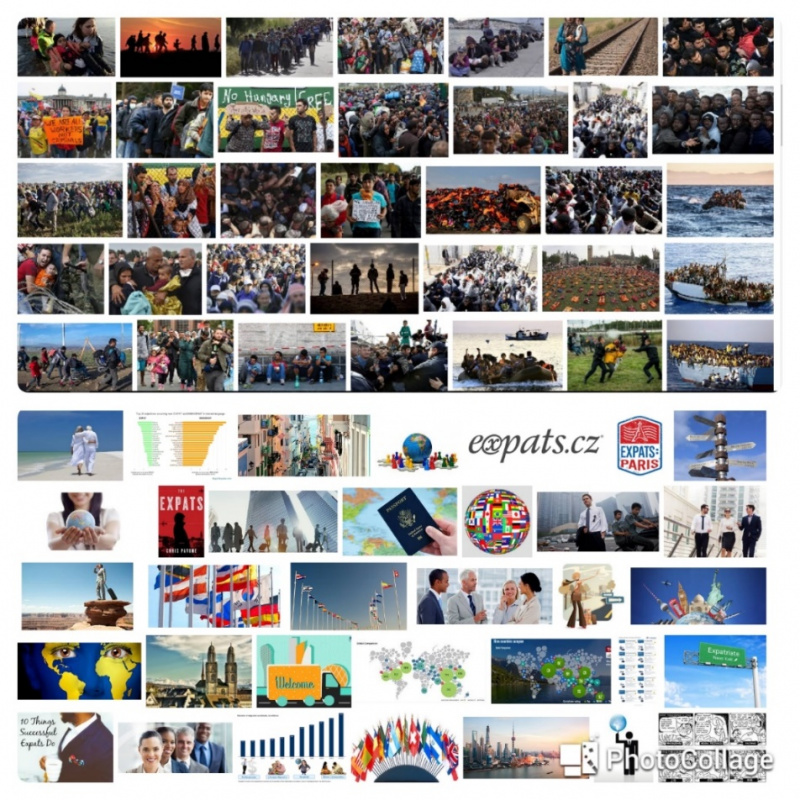 Whether you are viewed as an expat or a migrant depends on your social class, country of origin and socio-economic status. But I would add that this also depends on the power of your passport, your citizenship, or in other words whether you come from a Western country. In an article for the Guardian, “Why are white people expats when the rest of us are immigrants?”, Mawuna Remarque Koutonin claims that the term ‘expat’ is reserved exclusively for Western white people working abroad and that the term ‘immigrant’ is a term set aside for those viewed, in her own words, as “inferior races”. This distinction is reflected in the Google search results too.

While living for nine years in the Czech Republic as a foreigner from Russia and conducting research on migration, I have noticed that many compatriots tend to call themselves expats rather than migrants, as it has a more positive connotation and prestige. Czech locals, government and NGO representatives however label them migrants. This confirms the power relation between the host country, expats and migrants. Namely whether you as a person have the power to self-identify yourself in the way you want, or whether this identification is made by someone else, even when this contrasts with your own self-understanding. People who are considered expats are sometimes even viewed as superior to the local population. People who are associated as migrants, on the contrary, are viewed to be lower in status. And, once again, we can see it in the pictures, literally: 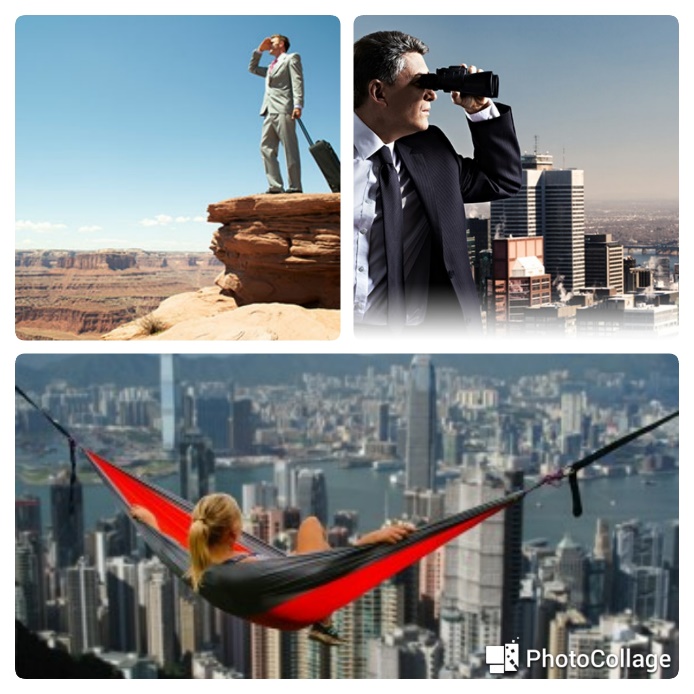 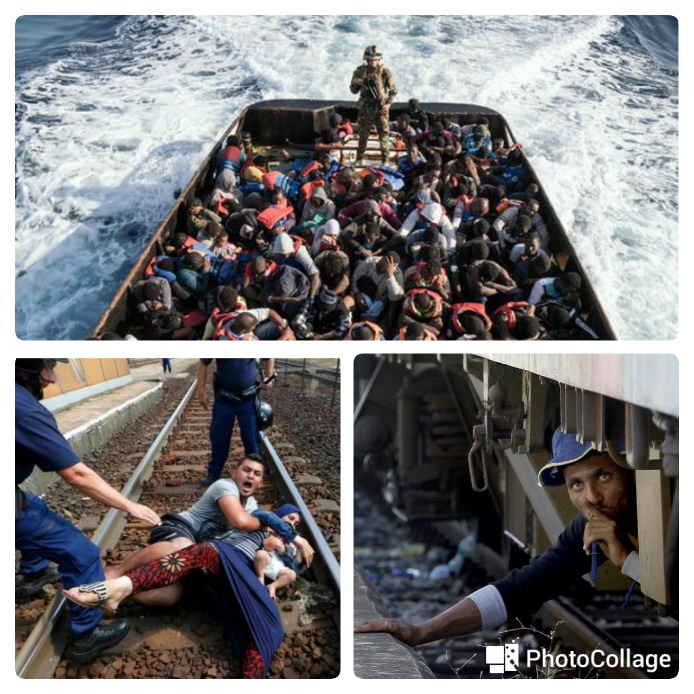 But what if we challenge these preconceptions and stereotypes? For that let’s make a last experiment. Just imagine pictures where everything is versa. I did this by editing the pictures with a graphic design software and this is what I got: 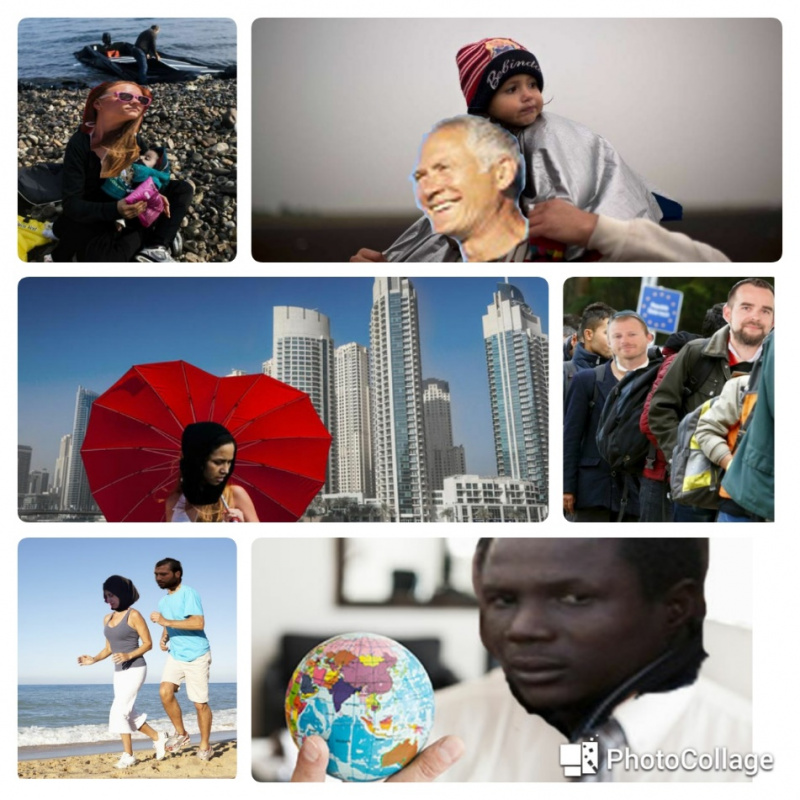 Koutonin, Mawuna R. (2015): Why are white people expats when the rest of us are immigrants? In: The Guardian. Available online: https://www.theguardian.com/global-development-professionals-network/2015/mar/13/white-people-expats-immigrants-migration