“Migration is a Process that Transforms You Forever”

Cyntia de Paula is an outstanding reference for Brazilian immigration to Portugal. Being thirty-two-year-old, she is the president of ‘Casa do Brasil de Lisboa’. It is an association that supports Brazilian immigrants in Portugal, and which also promotes Brazilian culture.

Cyntia is a Brazilian immigrant herself, who lives in Lisbon for the last eight years. In the group ‘Grupo de Acolhida’, which is part ‘Caso de Brasil de Lisboa’, she gives advice to Brazilian immigrants based on her work experience and her personal journey. Cynthia, who understands herself as a feminist, dedicates a part of her work to the promotion of the rights of immigrant women in Portugal. In this interview, she shares her personal insight on recent immigration from Brazil to Portugal.

There is much debate at the moment about the increase of Brazilian immigration to Portugal. Could you tell me more about the Brazilians that are currently coming to Portugal?
Cyntia: It is difficult to outline a profile of Brazilian immigrants coming to Portugal. As you can see in our group [‘Grupo de Acolhida’; interviewer’s note], there are people that came to Portugal with various purposes. There are those familiar groups of immigrants that we know from past immigration to Portugal, and novel groups. There are still a significant number of low skilled labor migrants, but their quantity decreased since the economic crisis in Portugal. However, there are more and more Brazilian retirees that are coming to Portugal and workers who seek to improve their overall standard of living. A positive development is that there is now a Brazilian community that consists of people with significant purchasing power, and who did not come to Portugal with the sole purpose to work, but to also enjoy being in Portugal and who seek to contribute in a positive way. An imaginary of plural Brazils is being built right now, and which consist, besides of low skilled labor migrants, of a variety of Brazilians.

What is the image of Portugal that Brazilians have in mind before they decide to come?
Brazilians perceive Portugal to be an important touristic destination and a country with a high quality of life. This image, which depicts Portugal as a paradise country, is being sold since two or three years. Those people that watch ‘Globo Reporter’ [a weekly Brazilian documentary television show; interviewer’s note] are presented with a Portugal that is receptive and open to immigrants, and that has beautiful cities. But the television program does not show the difficulties of the immigrants that live in Portugal. Those who come to Portugal indeed find a country that is beautiful, secure, and which has many things that Brazilians do not have back home. But the salaries are low, Brazilians are faced with discrimination, and they are confronted with a bureaucratic system that is very difficult to understand.
The situation of Brazilians in Portugal was different until 2007. The European Union invested in Portugal since its accession, and many Brazilians could find jobs in the service sector and in construction work. They did not come to Portugal because of an idealist image. They came because they had friends living here already and that were earning money.

What is the biggest disappointment that Brazilians face in Portugal?
The job market. It is pivotal for integration. If someone cannot work properly, then the process of integration is compromised. Where do people spend most of their time? Our accomplishments relate to professional activity. What is more, some are discriminated against in daily life and do not make friends. Another new phenomenon is related to access to housing. Some people are not able to rent a place. They come with ideas such as “I’m going to rent in Chiado”, “I’m going to live in a historical neighborhood”, “I’m going to live the Portuguese life”. When reality hits they realize that this is not possible, and that they have to live in the periphery instead, Linha de Sintra mostly. And that, of course, has nothing to do with the images that they know from ‘Globo Reporter’.

As Portugal is an important tourist destination, gentrification is surely an issue. How are immigrants in Lisbon affected by gentrification?
Some can’t get access to housing, and others are trapped in a system that does not allow them to want [e.g. homeownership; interviewer’s note]. Gentrification here affects not only immigrants but also ethnic minorities, gypsies for example. They are born in Portugal and are Portuguese.

Which public policies are needed at the moment?
I am not in favor of policies that target specific origin groups. Policies must target all groups equally. To mention a case in point: I think it is not fair to make policies that give Brazilians more rights than other origin groups. Instead I think that all immigrants, anywhere in the world, and independent from their nationalities, must possess equal rights – the right to have equal opportunities. Everyone must be able have access to work, to healthcare, and to be able to decide on their life trajectories. I know this is a utopian idea. It is however also a matter of equity. For instance: it will be difficult for an immigrant that does not speak Portuguese to integrate. Then maybe it is necessary to adopt a policy that offers language courses. Sometimes it is necessary to positively discriminate to include everyone. This applies in particular to overcoming disadvantages based on gender, ethnic origin and social position.

Would you say that Brazilian immigrants bring their families over after successfully settling in Portugal?
This is a good question, I haven’t thought about it. They either bring their families over after having settled, or they like to have their family by their side because settling and living in Portugal is so complicated.
There are some cases and other cases. Sometimes I hear people saying “If we were in Brazil, we would actually be better off, but because I am here now I also want to have my family over”. Brazilian immigrants are notorious for this, but I am not sure if this also applies to other immigrant groups. For us the American model – winning and being successful – is very common. It can be horrifying for some people if others find out that they were unsuccessful abroad. So, it is better to stay for five years more than to admit failure. I’ve seen people suffering and that still wouldn’t return voluntarily.

Which advice would you give to people working on immigration?
An issue that bothers me is the question of how much people know about life in Portugal before they decide to leave. There is little information about the process of migration in the country of origin. People only listen to what they want to hear. Perhaps the solution is more realistic information campaigns about the process of settlement in the destination country. More realistic information about the labor market for instance. Maybe consular offices could give more authentic information about the settlement process. Talking to people at ‘Casa do Brasil’ we find out that they were misinformed by the consulate before they came to Portugal. In some cases people come with a tourist visa thinking that they can then apply for a work visa. But this sets them back one or two years. People get the false idea that migration is an easy process. 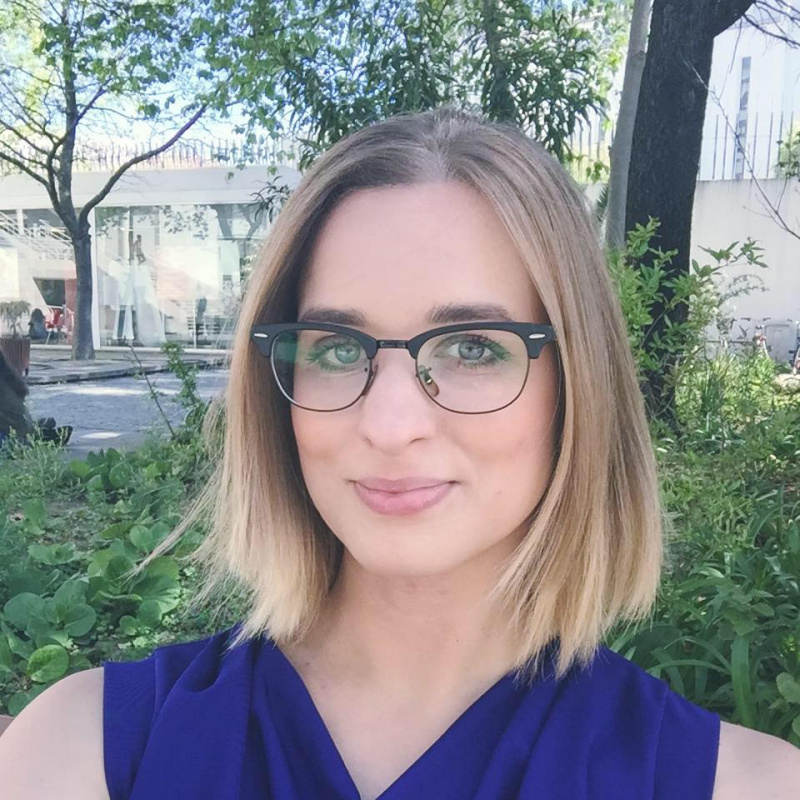 Sue Coccaro is a geographer and a specialist in Public Policy and Urban Planning. She holds a Master’s degree in Organization and Management of the Territory and is a PhD student at the Doctoral Program in Migration at the University of Lisbon. She currently works on contemporary Brazilian migration flows into to Portugal due to the sociopolitical and economic crisis in Brazil.