‘There is no Such Thing as One Single Mainstream' 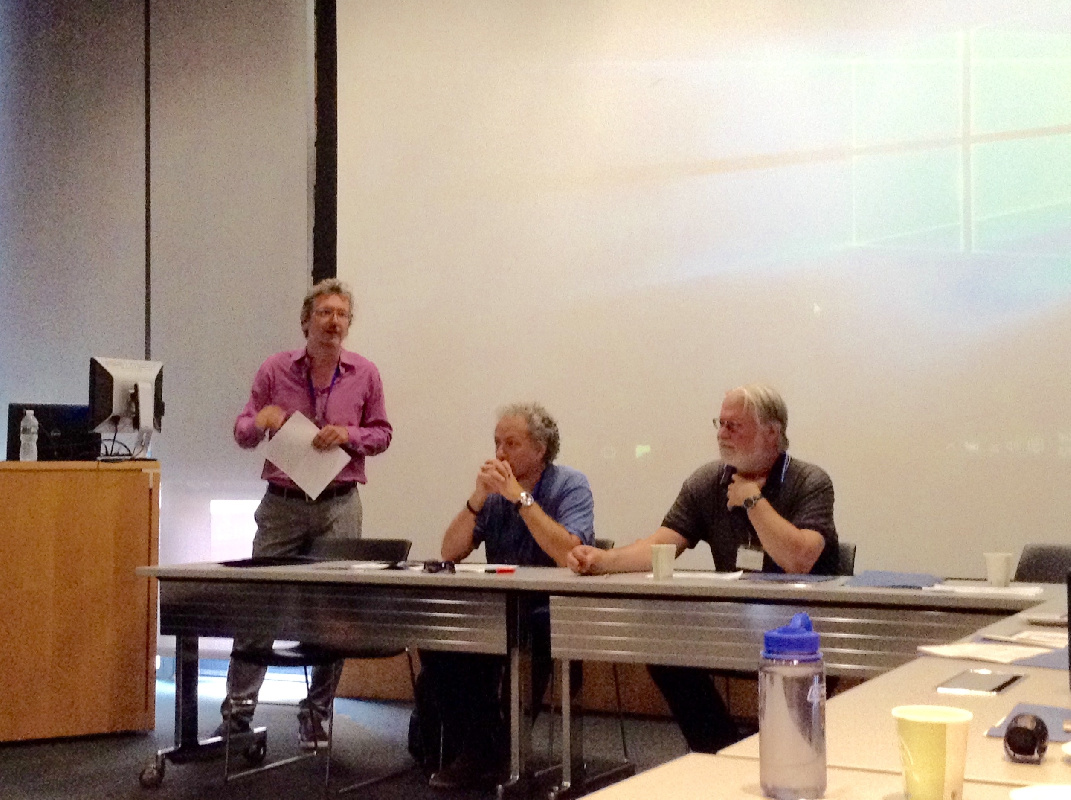 The first transatlantic IMISCOE Summer School was a big success. In a stimulating Princeton environment a group of 30 PhD candidates from the US and Europe followed a five-day program with lectures by Maurice Crul, Marco Martiniello, Karen Pren and Douglas Massey.

Additionally the group participated in a panel discussion at the City University New York (CUNY) with Richard Alba, Nancy Foner and Phil Kasinitz. Comparing the European and North-American perspective, the summer school focused on the question how immigration redefines mainstream cultures. Drawing attention to the socio-economic and cultural effects of increasing diversity on both North-American and European cities. Thereby the lectures moved away from traditional incorporation, integration and assimilation theories that predominantly focus on the adaptation of migrants to their host societies.

After this fully packed and interesting week we speak with Douglas Massey, professor of Sociology at Princeton University. We interview him about the concept of ‘the mainstream’, comparative perspectives on European and US migration developments and what the summer school has brought us so far.

MvO & IvB: During this summer school you have substantially shown the importance of the long-term side-effects of large scale migration flows. Moreover, you pointed at processes of cumulative disadvantage, the detrimental biological effects of racial segregation and how border policies backlash American-Mexican migration. Bringing these profound insights back to the central topic of this summer school, in what way does your work deviate from traditional incorporation, integration and assimilation theories which devote central attention to the concept of the ‘mainstream’?

DM: To my view, there is no such thing as one single mainstream. Richard Alba focuses mostly on white America, while racial and legal stratification are the two main barriers for assimilation. My work is on both of those topics, which I think is important.  And I mean, ‘the mainstream’ in Seattle is already totally different than the one in NYC. American culture has become more fragmented in the age of internet and television. Viewership is segmented by race and class, people live in segmented worlds. There is growing segregation on the basis of class and all this is structured along legal and racial lines. I perceive that this is in contrast to ‘the expansion of the mainstream’ that Alba celebrates.

Well, let’s continue with some of those key concepts. Richard Alba defines the ‘mainstream’ as ‘social-cultural spaces of majority groups’, and ‘assimilation’ as ‘the decline of ethnic-racial distinctions’. In his work, Alba points at the gradual decline of ethno-racial distances which leads to a broadened (heterogeneous) mainstream. This is surely different from your work, but could you precisely point out where your work deviates from Richard Alba’s work?

Well, when I was the president of the American Sociological Association and Richard Alba was the vice-president, I was the pessimist, while he was the optimistic version of the same story. For him the glass is half full, for me it is half empty.

I mean, what you see is a class-stratified version of assimilation. The mainstream is fragmented, which you also see in the political process right now. Richard Alba does not deal with black-white separation that much, while we can observe serious stratification of race and space, and this is still increasing. In fact, levels of segregation are higher than at the time of the civil rights movement. Processes of both social and spatial mobility are heavily racialized. In 50s and 60 we had little class, and high racial segregation. Now we have high class and persistent race segregation. I mean, there is for instance no sign of racial de-segregation in NYC at this time at all.

So people have double disadvantages. I understand that the story is more positive if you mainly focus on baby boom retirement like Richard Alba does, but then you overlook the persistent race stratification here in the US.

Is this the downside of the superdiversity story?
We are facing the highest inequality figures ever for all groups in the US. Mainstream or superdiversity is just part of a cosmopolitan canapé, where people come together in elite spaces. But some groups have more access to this than others.

Is this in contrast to broadening the mainstream?
People construct their view of the world by what they see on television and media. And these worlds are more and more segregated. Yes, there are mainstreams, in a plural sense, but not one mainstream. So, this concept can be contested.

Let’s face it; in the 50s and 60s the US had a mass culture, 3 newspapers, 3 TV channels. Everybody watched these. Nowadays people all watch their own shows online, specifically tailored to different audiences. The only thing Americans now watch together is the Super Bowl. Instead of broadcasting we see narrowcasting. Again contributing to segregated, parallel mainstreams, rather than one mainstream.

These high levels of segregation in the US are impressive, as extensively discussed during the summer school. But in a comparative perspective to Europe, what do you see as the biggest difference between the US and Europe nowadays?

The biggest difference is that Europe has more potential for migration than we do. The people that migrated from Mexico, have already done this mostly, and are Catholic. Europe however is currently experiencing new flows of migration. When I compare this to the USA, I think that Europe is going to experience a new and high scale of undocumented migration in the future. Europe has societies with low fertility rates and faces failed states in the Northern region of Africa. In contrast, Mexico is an ageing society and not a failed state, while the main drivers of migration are disappearing. So there is more potential for mass migration in the nearby future in Europe than for the US.

Is that the only difference?

No, not only demographically. The biggest difference is that we can solve our problem  [of large undocumented communities] tomorrow. If there is political will to do so, we can solve it tomorrow.
More generally, the biggest difference between 20th Century and 21st century migration is that migration in the 20th century was mainly driven by opportunities, while nowadays this is mostly driven by threats.This has different consequences.

And what do see as the most significant similarities?

Well, Europe is looking more and more like America. There will be more undocumented migration. And in terms of segregation too, look for instance at France, France is very segregated.
But I do see the differences. I mean, the United States is a UNITED states. The EU is fragmented in terms of states, nationalism and political institutions. And Europe consists a set of national mainstreams, in plural, which has a different composition than the US.

After a full week of intense discussions and dialogues on this topic with 30 PhD’s focussing on migration research, what is your advice for young scholars like us, within the PhD network and IMISCOE?

Thank you very much.