Since 2015, the study of refugee inclusion has become a booming business. However, research and policies are still quite disconnected from refugees’ lives. Reflective infrastructures can help refugees, other societal actors, and researchers collaborate on knowledge co-creation projects that address refugees’ and migrants’ real-life challenges and question taken-for-granted assumptions. Spaces like this, which include various perspectives, are essential to enable the reflexivity necessary to rethink policy and research to make a real difference.

The past twenty years of research show that the greatest challenge lies in translating positive efforts and good intentions into truly inclusive practices. It requires reflection that goes beyond seeing refugees only as problems and considers the forms of exclusion and implicit societal structures that reinforce marginalization. This realization has also resulted in the acknowledgment of marginalizing and exclusionary practices in academia, begging for reflexivity in migration studies.

Refugee perspectives are essential to reveal blind spots in research and policy that despite good intentions, often essentialize and paralyze refugees. This requires innovative participative methods to transform normalized power structures that often remain unchallenged due to the privileged positions of academics and policymakers. With this in mind, we created the Refugee Academy, a horizontal learning/reflective infrastructure that connects existing (personal, professional, and academic) knowledge and perspectives on refugee inclusion.

The immense power of othering practices is in their invisibility, their normalizing capacity and ability to become part of the taken-for-granted practices of everyday life. Such power works through the routinization and normalization of everyday practices. To counter these processes of normalization, a method of resistance with a strong transformative capacity is required.

Dialogical narratives can challenge the taken-for-granted positions informed by dominant discourses. When Harding’s ‘strong reflexivity’ (1993) is allowed to emerge, narratives shared between people with contrasting societal positions can offer a particularly interesting angle for reflection.

Strong reflexivity is about seeing individuals, including researchers, in relation to each other from their situatedness in specific histories and communities. This means engaging critically with how locations and positionalities intersect and challenge the ways that normalized constructions of the “self” and the “other” are reproduced. Possibilities for distancing/differing from the dominant hierarchical categorizations of “self” and “other” can then emerge.

Given how exclusionary power is normalized and ignored, Refugee Academy’s objective is to design its meetings as ‘in-between daring spaces’ that allow alternative structures for reflection and action toward sustainably inclusive practices.

An academically engaged project focused on refugees’ inclusion brought various stakeholders (refugees, policymakers, HR managers, and NGOs working with refugees) together to debate issues of diversity, power, and inclusion. The most profound example from this project came from Sarah, who had come to the Netherlands as a refugee 10 years prior.

When asked to talk about a time in her life when she felt the strongest, Sarah said: ‘I don’t think I have such a story.’ After several sessions of silence, Sarah finally told an astonishing story of herself as a young woman fighting for her freedom and that of other women in an oppressive, male-ruled area in Eritrea. She later joined the armed fight for the freedom of her country, leaving her family, social position, and daily certainties behind.

How could such a story be forgotten? Sarah, who was invigorated by revisiting her activist past, shared that she had only heard negative responses during her stay in the Netherlands. ‘No, you are not good enough.’ ‘No, your language needs to be improved.’ ‘No, you do not have the proper papers.’

Several years of constant repetition of these words caused Sarah to lose her self-confidence and, most importantly, to lose her story. This case helped us to identify the normalized sources of exclusion (the structures behind the ‘no’s’) and to discover the turning point from silence toward agency. That point became visible when Sarah recovered her self-definition as a political activist and a fighter.

Sarah’s transformative narrative also served as an example for stakeholders’ reflections on the normalized images of and practices toward refugees in organizations (discourse of lack), in policy (weak groups, who need help), and in daily interactions (as either weak or a threat to society).

One HR manager, for example, said he often gave similar feedback to people, whose language is not perfect. He did it with the best of intentions, to help them improve their skills, never realizing it could have such a negative impact. A policymaker said she had also seen refugees and migrants as people in need of help and had thought that policies with a focus on aid would be a solution. But after hearing Sarah’s story, she realized the policies actually led to a fixation on imperfections.

Thus, the taken-for-granted images and practices became visible and questioned. Sarah’s story inspired us to see Refugee Academy as a platform for practicing co-creative participatory methods with reflexivity, as their core principle.

Going Beyond the Obvious

It is time to go beyond the obvious and conventional forms of research addressing refugees’ struggles for integration. Existing research and policy often fail to grasp the subtle forms of exclusion that exist alongside good intentions. They lack the innovative spirit to go beyond the obvious to produce ground-breaking trajectories of inclusion. A participative, engaged methodology has the potential to challenge individual discursive positionings. By doing so, it hopes to create a reflection of taken-for-granted positions.

Intersubjective narratives among various stakeholders provide contrasting positionalities which, in turn, could transform the normalizing, subtle power of exclusion through strong reflexivity. This kind of reflexivity in migration studies could create a potential to distance from the dominant hierarchical categorizations of the “self” and the “other.” Supporting the emergence of strong reflexivity is a way for reflexive migration studies to try to avoid complicity with the implicit exclusionary structures that are normalized in everyday practices.

This blog series is a collaboration between the IMISCOE Standing Committee ‘Reflexivities in Migration Studies’ and the nccr – on the move.

Halleh Ghorashi is a Full Professor of Diversity and Integration in the Department of Sociology at the VU (Vrije Universiteit) Amsterdam, the Netherlands. She has done research on the struggles of refugees and migrants in their path of inclusion for the past 25 years. 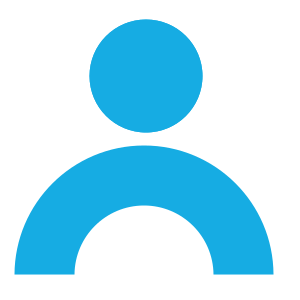 From Objects to Subjects: Expanding Reflexivity in Migration Studies

by Christine Lang Reflexive approaches in migration studies have revealed the problems of traditional constructions of the objects of migration research. Much less attention has been paid to the subjects doing the research and the mechanisms that...

After a great first round of PhD Peer Feedback Sessions on Reflexivities in Migration Studies during the spring semester, we are now launching a second call to continue the sessions into the winter semester! The sessions are organized by PhD members of...