A series of talks with different figures from and around IMISCOE.

We are now celebrating 15 years of history of IMISCOE. In order to do so we wanted to engage with some of the individuals who are an integral part of IMISCOE and go beyond the surface level that we often stop at. This is part of a larger series of interviews with some of the highest personalities in and around the IMISCOE network. We’ll take a walk down memory lane and have a look to what the future holds for the IMISCOE world.

Today’s guest is Gianni D’Amato. With him, we’ll truly go down memory lane to explore his journey with IMISCOE.

Gianni D'Amato is Professor at the University of Neuchâtel and Director of the Swiss Forum of Migration and Population Studies (SFM). His research interests are focused on citizenship, moblities, populism and the history of migration. After his MA in Sociology at the University of Zurich, D’Amato focused his PhD Thesis on citizenship and migrants’ integration in a comparative perspective. He is author of Vom Ausländer zum Bürger. Der Streit um die politische Integration von Einwanderern in Deutschland, Frankreich und der Schweiz (Lit Verlag 3rd edition, 2005). His recent publications include "The Migration Challenge: The Swiss Left in the Arena of Direct Democracy"In M. Bröning & C. P. Mohr (Eds.), The Politics of Migration and the Future of the European Left. Bonn: Dietz, 2018, and "Immigration and,  populist political strategies. The Swiss case in European perspective". In G. Titzi, J. Mackert & B. S. Turner (Eds.), Populism and the Crisis of Democracy, Volume 3 , London: Routledge, 2019. 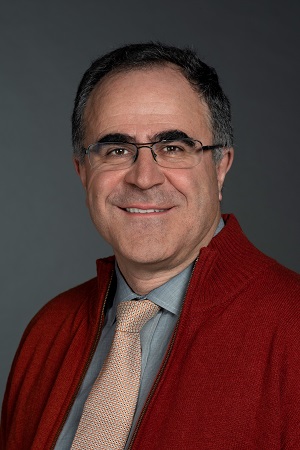 This was in the 2000 when I heard by former colleague, Hans Mahnig, who died too early, told me about Rinus Penninx visiting Switzerland. He tried to convince the former head of our institute, Sandro Cattacin, to join the network. The only issue was that Switzerland as a non member of the EU had to find an alternative solution to become member of IMISCOE. We dealt a particular agreement with the Swiss Government which allowed us to enter the network of excellence

It was our curiosity to enter an European research consortium and to internationalize our own views on migration. We felt the need to join much more comparative approaches and start research cooperations with colleagues. At the time, there was no opportunity to meet regularly and discuss common projects.

The uniqueness of the organization. It is much more easier to destroy such an endeavor than to construct it. It was an incredible collective effort to build IMISCOE with its different layers to accommodate senior and junior researchers. Such a network can only be maintained through a continuous effort, first by the coordinators, second by the deciding bodies and all the members of the Network.

Migration research has evolved incredibly in the last 20 years. Once an interdisciplinary spectrum of single researchers and institutes, it has evolved and gained the character – I might dare to say – of a discipline of its own. With the technological and societal transformation different aspects of human mobility have changed. Legal and economic drivers have reshaped the pattern of being mobile favoring certain groups, excluding many others. Therefore, the research has to be attentive to these transformations and how different parts of societies are affected by them.

I am interested in the politicization of immigrants in Switzerland over time, paying particular attention to selected periods of discontinuity, to prepare the base for further cross-national comparison. We coded political claims in newspapers articles in the 1970s and the 2010s to extend already existing coverage of claims between 1995 and 2009. We expanded the coding to Austria, Belgium, the Netherlands, Spain, UK and Ireland from a former data base. The intention has been to examine the nature of claims-making in specified periods of discontinuity, defined as times in which large-scale processes of social change disrupted the politics of immigration and immigrant integration. As a preliminary finding  we observed substantive differences both between and within the periods observed. Differences exist in the salience and polarization of the topic, the type of actors engaged in claims-making, and the frames used to justify the claims.

Obviously, all the annual conferences are an unique moment to meet : they give plenty of opportunities to learn and exchange views. Nevertheless, the first meeting in Coimbra was exceptional. It gave me the opportunity to see the whole network for the first time, to share moments of knowledge and sight-seeing. I will never disremember the ancient library in Coimbra and the warm welcoming by the local staff. The next great moment was the privilege to organize the annual conference in Geneva, together with our newly created nccr—on the move, giving to all our PhD and PostDoc fellows the opportunity to europeanize their personal network.

Fifteen years in, and being someone who’s deeply engaged with this environment, where do you hope to see IMISCOE go in the next fifteen years?”

I hope that IMISCOE will consolidate and strengthen its structures, and develop is unique selling point, its annual conference and the spring conference, being the academic institution to foster research and PhD teaching in migration studies. I have the confidence that it will develop further venues to include new perspectives that will enhance the capacity to understand the challenges and the transformations of our contemporary world, using different disciplinary approaches.

Next up, is our collaboration with the PhD network. In this series of interviews scholars and practitioners share their experiences, advice, and teachings with PhD students in Migration Studies. These intergenerational conversations emerge from the belief that the transmission of knowledge and the collaborative (re)imagining of concepts, research tools, and academic practices are essential in the development and advancement of PhD candidates in migration research.

Welcome to the IMISCOE Bulletin second issue
Welcome all to the second edition of the IMISCOE Bulletin! In these peculiar times we are living, we hope...
Editorial
Migration under the Global Pandemic
Turning Crisis into an Opportunity for more Equitable Migration Governance. Earlier this year, countries...
News
Migration and anti-racism: how do we do this well?
In the times of editing this Bulletin, the World has been going through yet again another turmoil. The death of...
IMISCOE PhD Network
Virtual coffee with: Professor Emerita Martha Montero-Sieburth
“IMISCOE PhD Network” will be a section reserved indeed to the PhD network. Here they will periodically...
News
Covid-19 and Migration: what our institutes have been working on
More on Covid-19 and migration? Our community has already been very proactive.
Spotlight
The Research Social Platform on Migration and Integration (ReSOMA)
This edition’s spotlight focuses on ReSOMA who will take us on a tour of their work focused on the...
A chat with
Gianni D’Amato
We are now celebrating 15 years of history of IMISCOE. In order to do so we wanted to engage with some of...
Vitrine
Vitrine
The “Vitrine” is a section that wraps up every Bulletin. This is a space dedicated for any member institute...