Shifting the Focus of Ethnic Villages

In the past couple of months, I did fieldwork in Vienna for my PhD project Becoming a Minority, where I also joined a course in Urban Sociology. One of the topics discussed in the course was “Ethnic Villages”; an academic sub-field mainly concerned with explaining why immigrants tend to cluster in certain urban areas and what implications this has on their integration process.

Today, more than 54% of the inhabitants of Vienna have a migration background[1] (Stadt Wien MA 17, 2017). This means that the capital of Austria does not host an ethnic majority anymore, with the ethnic Austrians being another numerical minority on the city and neighbourhood level. Within this city, the composition of ethnic Austrians varies across districts and neighbourhoods and we can see that they also do cluster in “ethnic villages”.

So, why is it “OK” for people of (white) native descent to cluster but not for non-natives?

Defined as a “neighbourhood or larger territory whose population is largely ethnically distinguished from the surrounding area and its inhabitants”[4], so-called ethnic villages are today often presented as a problem in both the public and the scholarly discourse. The concentration of ethnicities in a certain geographical area is seen as a threat to social cohesion since ethnic enclaves are assumed to have undesirable effects on the integration of ethnic minorities and hinder inter-ethnic relationship (Doff, 2010). As Aalbers (2004) points out: “Among politicians and the general public it is widely assumed that the existence of an ethnic village, or in other words, the spatial segregation and concentration of ethnic groups, is undesirable, problematic and even dangerous” (p. 6).

The thing is, however, that it seems like only some groups are seen as problematic when clustering in certain areas. Whereas the segregation of the “visible” (or: non-white) Other is perceived as an issue, the integration of so-called expatriates, that is (mostly white) higher educated or skilled workers who work outside their home country, is not put forward to be questioned. Koutonin (2015) illustrates this nicely in his article by asking “Why are white people expats when the rest of us are immigrants?” Discussions rarely revolve around the segregation of either native descent or other white populations (the Dutch speakers among us can find an exception here).

This view emphasises the idea that people of native descent, or whites in general, are “ethnicity-free” and the undesirable effects of segregation do almost exclusively apply to the “Other”. This might also explain why the clustering of (white) people without a migration background is seldom seen as a problem. And just because they are the majority on the country-level, does it mean that cultural integration is a one way street in highly diverse cities (Crul, 2016)?

Continuing to exclude white ethnic villages from the segregation discourse reinforces the idea of whiteness and the native ethnicity as being the norm, the default identity that does not need to be questioned. It supports the assumption that people of (white) native descent do not have an ethnic background nor do they have to be “integrated” into highly diverse cities. Especially with demographics shifting now, having cities in Europe which do not host a clear majority anymore, it becomes all the more important that no group is bypassed in discussions around segregation. As we have seen, also “Austrian villages” exist but instead of being problematised they are being praised. A shift needs to happen that acknowledges the new demographic circumstances in highly diverse cities. Only labelling non-whites “ethnic” is problematic as it suggests that native whiteness is the norm, the unmarked category (Zerubavel, 2018) and thus implies the superior standard.

Koutonin, M. R. (2015, March 13). Why are white people expats when the rest of us are immigrants? The Guardian. Retrieved from https://www.theguardian.com/global-development-professionals-network/2015/mar/13/white-people-expats-immigrants-migration 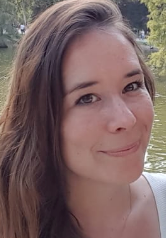