IMISCOE is delighted to announce its new co-ordinating institute as of next year, the University of Liège’s Centre for Ethnic and Migration Studies (CEDEM)!

On this transition, Peter remarks that “the Board of Directors elected the new coordinator after receiving three excellent bid books for the new period. We congratulate Jean-Michel Lafleur and Daniela Vintila with the outcome!”

CEDEM has been a central institute in IMISCOE’s activities since the beginning. CEDEM colleagues have been involved in several IMISCOE initiatives, such as the MIGCITPOL and DIVCULT SCs, the Editorial Committee, and the Financial Committee. In 2010, it was the host of the Annual Conference, and in 2019 it hosted the Spring Conference.

CEDEM (Liège University) is one of the founding members of IMISCOE. It has over the years filled in most positions in the network (executive board, financial committee, editorial Committee, standing committee coordinator, training committee, etc.). Leading IMISCOE from April 2022 is the next logical step that demonstrates the longstanding commitment of CEDEM to the network. The CEDEM leadership will also guarantee the continuity of IMISCOE but also its adaptability to changing conditions.

We sat down (virtually) with Director-elect Prof. Jean-Michel Lafleur and new Network Officer Dr. Daniela Vintila to get to know them a bit more and speak to the IMISCOE community in their own words.

Perhaps you can begin by introducing yourselves and your background…

Daniela Vintila: “I am a political scientist and have been at the University of Liège since 2017, when I started working with Jean-Michel on the ERC project MiTSoPro. I mostly work on topics such as EU citizenship, and the transnational political participation and engagement of migrants. More recently, since I joined CEDEM, I have been working on the welfare-mobility nexus. After finishing my BA in Romania, I moved to Spain, where I did my MA and PhD studies at the Autonomous University of Madrid & the Spanish National Research Council. Before coming to Belgium, I spent a few years in the UK, at Leicester University, working on a project on migrants’ political representation. Perhaps my strong interest in migration studies is also partly explained by the fact that I am a migrant myself!”

Jean-Michel Lafleur: “And I am the Associate Director of CEDEM and a Senior Research Associate at the Belgian National Science Foundation, an agency that funds research in Francophone Belgium. I actually started my career as a PhD student at CEDEM in 2004, where I worked on issues of political participation of migrants, but I also have been quite mobile over the years—I had positions in Mexico City, Florence, New York, and London—but now I am solely based in Liège. Here I also teach on our migration master and my current research focuses on issues of migration and cross-border social protections in the context of the MiTSoPro ERC project.”

What about your involvements with IMISCOE?

Jean-Michel Lafleur: “Within IMISCOE, I have been an active member for a long time. In fact, the first ever academic conference that I attended was the first ever IMISCOE conference. It was in Coimbra and I have a really clear memory of it: I had just started my PhD and in one of the workshops on political participation I vividly remember sitting there and realising suddenly that I had my literature review in front of me—all of the authors I had been citing were in the room! I thought, “okay, this is where I need to be from now on”. Since then, I’ve been co-chair of the MIGCITPOL standing committee and have sat on the Board of Directors. I am also an active member of the Editorial Committee, whose collective work has led to the publication of an incredible amount of high-quality open access books, which is a testimony of IMISCOE’s appeal and quality in the eyes of the international research community.”

Daniela Vintila: “Since joining the network I have participated in different events every year. I have proposed and organised various panels and workshops at the annual conference. Most of these have been for MIGCITPOL where I have been part of the coordination team since the Barcelona conference in 2018, working with Luicy Pedroza and Ana Margheritis and later on, with Gianni D’Amato, Jean-Thomas Arrighi and Sam Schmid.”

So you have both been heavily involved in IMISCOE throughout your career. In what ways would you then say that IMISCOE benefits the field of migration studies?

Jean-Michel Lafleur: “One of the things I strongly agree with Peter Scholten on is that IMISCOE is really a fantastic network for younger scholars. It not only gives young scholars a chance to belong to a research community and gain new skills, but it also gives them plenty of opportunities to participate in panels, workshops, and publication projects with more established scholars. These opportunities are the true added value of IMISCOE and I for one am very grateful for having had these opportunities which I am convinced have helped repeatedly in applying for jobs and grants throughout my career. Looking back on the past 15 years, these things have really mattered—it is a community that serves the interests of its members, particularly its young members.”

Daniela Vintila: “For me, the most important aspect is the fact that IMISCOE is such a big community of scholars working on migration and diversity. I will always remember being so impressed at my first IMISCOE conference by the number of scholars gathering at this event and the great opportunities I had to exchange ideas with colleagues I hadn’t met before. It’s really like a big family. As well as this, the interdisciplinary aspects of IMISCOE distinguish it from many other networks in that it’s not very often that we get the chance to exchange with people who share similar research interests but approach them from different theoretical lenses. IMISCOE is a good example of offering a venue for collaboration between sociologists, political scientists, lawyers, economists, geographers, historians, demographers, and so on.”

What of the IMISCOE of the future–what is your vision for the coming years and what will CEDEM bring to the table?

Jean-Michel Lafleur: “We believe that IMISCOE has reached a high level of professionalism and international visibility thanks to the excellent work done under the leadership of Prof. Peter Scholten and the EUR team. Thanks to their work, IMISCOE has not only developed its membership but has also significantly improved its organisational structure and activities. We are committed to keeping up the excellent reputation of the network and its constructive work environment. In preparing this bid with our colleagues from CEDEM, and in particular with Marco Martiniello and Hassan Bousetta, we all agreed that the priority of CEDEM for IMISCOE should be to ensure continuity whilst also building on past successes.”

Daniela Vintila: “Yes, in this regard we propose a series of innovations to take the network in three main directions. Firstly we aim to make the network more diverse. We want to significantly increase the participation of individuals from diverse backgrounds, encourage research on diversity and anti-racism, and promote the inclusion of institutes from the Global South and countries that are currently under-represented in the network, such as those in Central and Eastern Europe. Diversity also means encouraging disciplinary diversity within the network and launching co-operations with the professional organisations of different disciplines. Second, we want to make IMISCOE more engaged, for example by reinforcing the roles of the Standing Committees in organising IMISCOE events and by creating a new blog on the Migration Research Hub to connect with the general public and policymakers. We will be very happy for the chance to talk with the BD and the various committees on what the best way to approach this would be. Third, we hope to make IMISCOE more open by further promoting the principles of open science in the network; opening up further avenues for the participation of young scholars and students in IMISCOE’s activities. In short—we hope to grow and to diversify, while maintaining a strong sense of family.”

I think that is a nice place to close the interview. Thank you both and we wish you the very best in this new chapter in IMISCOE’s history! 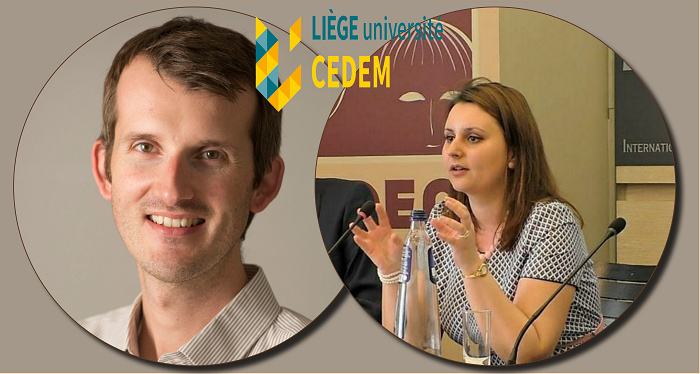 Welcome to the IMISCOE Bulletin fourth issue
What a time it has been since we started this Bulletin journey! Every opening is an exciting moment for us...
Editorial
“The Enigma of Arrival”
In migration scholarship, colonialism has been in the air for a while. Since the “refugee crisis” of 2015,...
A chat with
Melissa Siegel
We sat down to interview Melissa Siegel back in November and this is one is a gem, one of those you had in...
In the spotlight
Migration, Equality & Racism
‘Migration, Equality & Racism: 44 Opinions’is a book with 44 thought-provoking opinion pieces from more than 80...
IMISCOE PhD Network
"Fixing" knowledge production for academics
How do we as migration researchers produce knowledge about hard-to-reach and vulnerable populations on the...
A chat with
Meet the NEW IMISCOE Coordinators
IMISCOE is delighted to announce its new co-ordinating institute as of next year, the University of Liège’s...