How do we as migration researchers produce knowledge about hard-to-reach and vulnerable populations on the move? 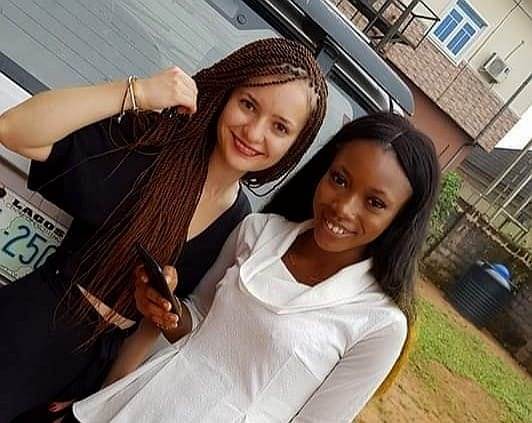 This question had been accompanying me throughout the year-long fieldwork with Nigerian migrant and stay-put communities. Being a white female junior researcher ethnographer, I would obviously not have been able to complete this fieldwork without people who guided me along the way. Yet, who are these people: solely  “gate openers” (not gate keepers) or co-producers of knowledge? What is their role in shaping the outcomes of our research projects?

In journalism, there is a well-established practice of gaining access through so-called fixers. Fixers are those who secure “sensations” for reporters by scheduling visits and meetings with people who “own” information. In some cases, fixing is done by friends and colleagues, in other cases, “fixers” are hired and paid for their work. Having the privilege of being on the ground, fixers consciously or unconsciously shape the journalistic narratives. Despite ethical concerns, the use of fixing services among media professionals is still very common. It mainly occurs because of the time constraints and extreme publishing pressure.

Although in academia we never refer to our assistants on the field as “fixers”, considering the limited funding and time allocated for our presence in the field, we are dependent on them. Nonetheless, very often, their role is not sufficiently reflected in our academic writings, policy briefs, and expert interviews.

Drawing on my ethnographic field encounters in Benin City (Nigeria), I outline three vignettes which articulate different aspects of the data collection process. More precisely, I discuss the role of local educational institutions, NGOs, and student assistants in “fixing” the access to the field. The aim behind this text is to draw the attention of the wider academic community of migration scholars to the presence of intermediary actors at the field sites. This self-reflection exercise is not an attempt to provide answers, but rather open the floor for further discussions.

It was my first day in Benin City, the capital of Nigerian Edo State. The city is quite famous for being a hometown to the majority of Nigerians who are taking the Mediterranean Route to reach the EU. The long-standing pattern of migrating irregularly among Benin people as well as the launch of the Voluntary Humanitarian Return operations of Nigerians from Libya transformed the city into the “irregular migration research hub” for Western academics (including myself), policy makers, and NGO representatives.

Contemplating about where to start out with my ethnographic data collection on Nigerian mobility and immobility, I thought that the best way to begin would have been with consulting with the local educational institutions who specialized on forced migration research. As a white junior Western researcher I wanted to show respect to their expertise and knowledge. While waiting for the professor to arrive, I was approached by two young faculty members.

C: Good afternoon! Where do you come from?

Me: I am studying in the Netherlands, but I am from Ukraine.

C: Oh, I see. We had one researcher from Germany here. Are you in Benin to research returnees?

Me: Not necessarily “returnees”, but it would be good to speak to some, yes.

C: Okay, just tell us how many you need, which gender: female or male and for how long are you here?

Although the university staff had only good intentions offering me a helping hand, it felt like I was back to my journalism class where we discussed “fixing”.  Fixers know precisely what kind of knowledge we are looking for and therefore seem to unconsciously or consciously direct our data collection process.

The system of fixing returnees for academic researchers made me reflect on whether returnees are the category produced by us, Western researchers. Once, a “returnee” whose homecoming from Libya was facilitated by the IOM attempted to give me a proper returnee definition. He first mentioned returnees from Libya, then deportees from Europe, but eventually he had given up: “you are a researcher” - he said- “so you have to tell me who is a returnee”.

I was going through migration centered pieces in one of the well-known Dutch media platforms when my eye caught the citation of a Nigerian woman who had returned from Europe and was currently based in Benin City. I immediately recognised her story and it made me recollect the circumstances in which we had met each other.

Once, I decided to visit one of the shelters for trafficking victims returned from the EU and to my surprise, I encountered two Dutch people. They had come all the way to Nigeria to check the conditions and support services offered to the returned victims of trafficking. Of course Western partners were interested in meeting trafficking survivors. This was how I met O. She was sitting next to me in the hallway and counting her “support” cash received after the meeting with Dutch NGO workers.  O. had returned more than eight years ago from one European country with support from the IOM Assisted Return Program. I asked O. whether I could visit her home, which appeared to be quite an unusual request since she was accustomed to meeting all those interested in her story (researchers, journalists, NGO workers) in the shelter. It was a particularly long journey and no cab was willing to bring us directly to the house. I had no plan to make a formal interview, it was expected of me. Therefore, complying with a “normal” research behavior I turned my recorder on and O. told me her migration story stressing that she would have never returned back to the European streets. It did make me feel that she had told exactly the same story and exactly in the same way to the Dutch NGO workers two hours ago. I turned off the recorder and O. whispered: “But the crisis in Europe is over, how could I go back?”.

When I finished the interview, the shelter worker remarked: “You have to empower her somehow, otherwise, her and other girls would not be willing to meet people like you and I have a Nigerian journalist coming tomorrow”. By bringing researchers, journalists, and NGO workers to the same respondents the narrative was continuously reproduced.

Later I got to know that O. has severe mental problems and requires medications and check ups. Although shelter workers deeply cared for her, the shelter that lived from donations could not have provided her with this support directly.  Thus, this gap in funding was partially filled by bringing over people like me, Western knowledge producers.

In Benin, I was staying in the family of a dear friend from Amsterdam. Neither my friend nor her distant relatives who were hosting me had any connections to the development industry of the city. One of my house mates was a first year social work student at the University of Benin. Sharing one roof and daily routines made us closer to each other and it felt natural that Fejiro eventually started joining me in my field adventures. At some point, I proposed she officially takes a role as my assistant which could have given her experience in collecting and analysing the data, but also an opportunity to meet the representatives of the development sector where she dreamed to work. Since she did not have an extensive network among “returnees” or NGO workers, I would not outline her role as a “fixing” one. Yet, her tender and caring spirit made it easy for her to relate to people and make them trust us. Even more, Fejiro introduced me to the life of young Nigerian people: I joined her to the church services and youth gatherings. Together, we reflected on migration decisions and life after return. Although she would never consider the land route to Europe or North America, I knew that deep inside she would love to have an opportunity to study and live abroad, she had her own aspirations and could relate to the aspirations of others. Fejiro usually referred to the project as “our work” and she was rightly doing so, because without her it would have been more difficult for me to navigate the fieldwork jungles. However, how many assistants like Fejiro, who often secure the success of our fieldwork, go unnoticed and unacknowledged in our reports, ethnographies, and conference presentations?

In his book on clandestine migration industries, Ruben Andersson emphasized that migration scholars play an important role in reinforcing border security which, in turn, enhances illegality (Andersson, 2014, 13-15p.). Although the consequences of our interventions do not always go that far, by “letting people speak” we forget about who is usually asking them to speak. Cabot (2019) refers to such occurrences as following:

“This takes place in the form of crisis chasing, or the propensity to take crisis as a driver of scholarship; assuming that “refugee experiences” need to be studied; and, finally, heeding the call to “do good” through scholarship in ways that deflect attention from anthropology’s own politics of life.” (p.262)

I strongly believe that unacknowledged academic fixing has a direct effect on the knowledge we produce. Claiming to gather first-hand experience on the spot we fail to recognise those who directed us in collecting these experiences and also the reasons behind our research endeavours. Since academia, as well as journalism, has strong time and financial restraints, it seems utopic to avoid fixing, yet, isn’t it better to make ethnography officially co-produced and engaged? As Cabot suggested, by doing so, we will join the “ongoing and vigilant reflectivity” to subsequently “unpack and historicize our varied entanglements in wider fields of power” (p.271).

Welcome to the IMISCOE Bulletin fourth issue
What a time it has been since we started this Bulletin journey! Every opening is an exciting moment for us...
Editorial
“The Enigma of Arrival”
In migration scholarship, colonialism has been in the air for a while. Since the “refugee crisis” of 2015,...
A chat with
Melissa Siegel
We sat down to interview Melissa Siegel back in November and this is one is a gem, one of those you had in...
In the spotlight
Migration, Equality & Racism
‘Migration, Equality & Racism: 44 Opinions’is a book with 44 thought-provoking opinion pieces from more than 80...
IMISCOE PhD Network
"Fixing" knowledge production for academics
How do we as migration researchers produce knowledge about hard-to-reach and vulnerable populations on the...
A chat with
Meet the NEW IMISCOE Coordinators
IMISCOE is delighted to announce its new co-ordinating institute as of next year, the University of Liège’s...